‘Kedarnath’ is scheduled for theatrical release next year, but the makers of the film are in overdrive mode when it comes to promoting the film. The film goes on floors today and the first look poster is out already.

The hype that is being created for the film is because of two reasons. One, ‘Kedarnath’ marks the acting debut of Saif Ali Khan’s daughter Sara Ali Khan. And two, the film is being directed by Abhishek Kapoor who directed Sushant Singh Rajput in his debut film ‘Kai Po Che’ which won critical acclaim.

The cast and crew of the film has already reached Dehradun, preparing for the film and they begin the first shooting schedule today.

The poster of the film has all the elements of a love story that’s set in the holy town of Kedarnath. There’s an idol of Lord Shiva, we have Sushant kissing Sara on her forehead, there is fire (orange) as well as water (blue). We also have someone trying to cross a river, carrying a girl on his shoulder during what looks like a natural calamity. 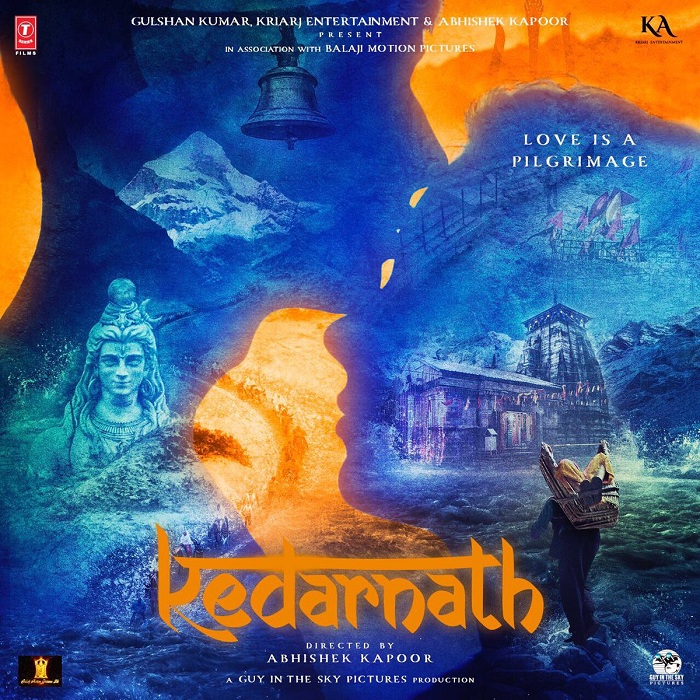