The gorgeous Katrina Kaif adds glamour on the cover page of Masala – February 2012.

First as Sheila and now as Chikni Chameli, this hottie made the world dance to her tunes. The actress who is on a career high is all set to steal hearts down South as well! While she couldn’t do Rajinikanth;s film due to lack of dates, another mega budget Tamil film opposite Kamal Hassan awaits her approval.

Kat is currently in Cuba shooting for YRF’s Ek Tha Tiger with Salman Khan. Her other two fils are Yash Chopra’s untitled next with SRK and Dhoom 3 with Aamir Khan.

Below is a picture captured by Dabboo Ratnani for his annual calendar which is chosen as the front cover of Masala. Katrina’s outfit is simply beautiful. The combination of light and dark blue enhances her skin tone. The sleeves which are made of peacock feathers are very creative. She certainly steals the show! 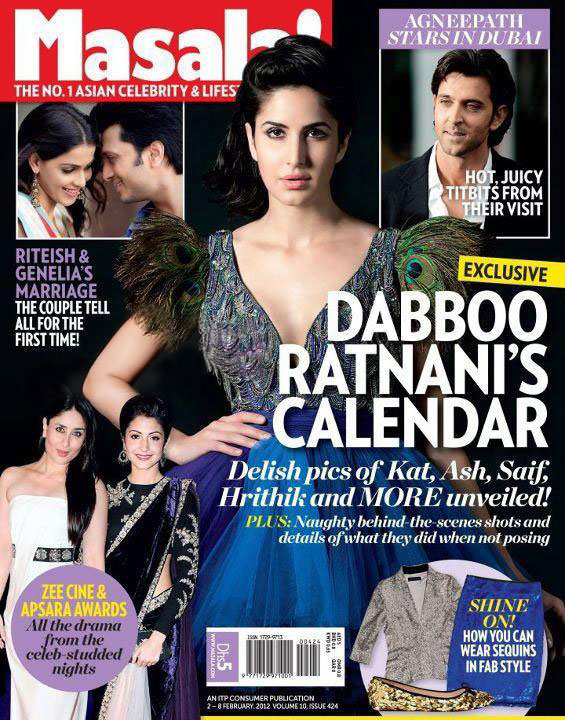 Katrina Kaif on the cover of Masala - February 2012