The gorgeous Katrina Kaif and Bollywood’s newly discovered leading lady Farah Khan have been featured on the cover of Film Street Journal.

Katrina who was the first choice to play Illeana D’Cruz’s role, says she ‘wouldn’t have been 100% happy on the sets of Barfi!’ 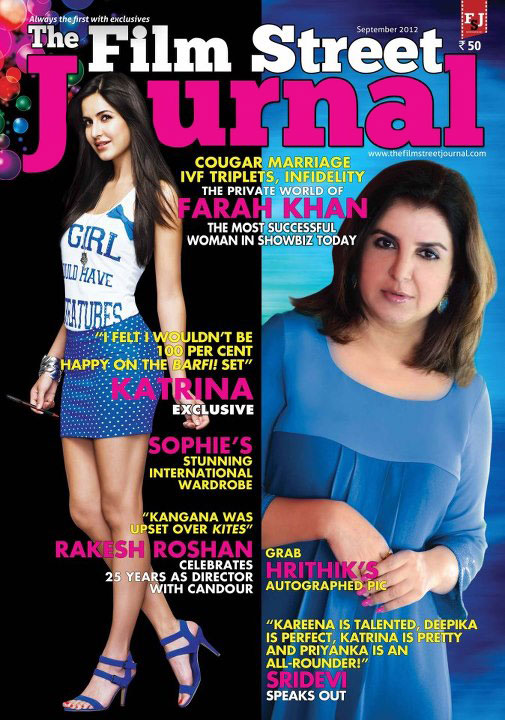