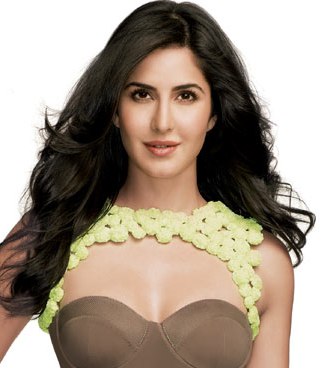 From a struggling starlet in Kaizad Gustad’s disastrous ‘Boom’ to the undisputed box office queen, Katrina Kaif has come a long way in a decade since she made her debut.

In the last couple of years, the British-Indian actress has played it safe by only working with the biggest names in the business. Apart from Imran Khan in 2011, the actress has only featured in films with top stars; Zindagi Na Milegi Dobara with Hrithik Roshan, Ek Tha Tiger with Salman Khan and Jab Tak Hai Jaan with Shahrukh Khan.

This year will be no different. Below is a detailed list of Katrina Kaif’s upcoming movies in 2013 and 2014.

Dhoom 3 (December 2013) – The third film in Bollywood’s most successful franchise, Dhoom 3 is likely to be Katrina Kaif’s first and only movie release of 2013. Having worked with almost all the Khan’s in Bollywood, Dhoom will be Katrina’s first film with Aamir Khan (Read: Aamir and Katrina Pics). Abhishek Bachchan and Uday Chopra will continue playing their iconic characters of Jai and Ali. Directed by Vijay Krishna Acharya (Tashan), Dhoom 3 will be produced by Yashraj Films.

Current status: The cast and crew recently completed a marathon outdoor shooting schedule in Chicago. About 50 percent of the film is complete. The makers recently teased us with the first look poster. Dhoom 3 Release date: 25th December 2013.

Bang Bang (2014) – In the second week of February, Katrina and Hrithik travel all the way to Kashmir to shoot their second film together. Titled ‘Bang Bang’, the Siddharth Malhotra directed action-romantic movie is a remake of Tom Cruise’s ‘Knight and Day’.

Current Status: According to reliable sources, Siddarth Malhotra has decided to shoot a part of the film in the picturesque valleys of Kashmir. Stunt director of Hollywood films like Rambo has been been roped in to choreograph the action sequences. Release date: Early 2014.

Movie with Akshay Kumar (unconfirmed) – Rumour mills have it that Katrina Kaif and Akshay Kumar are all set to work in their 7th film together. The popular on-screen couple were last seen in Tees Maar Khan, after which they decided to take a break. Now, Rowdy Rathore co-producer Shabina Khan has purchased the rights of Tamil blockbuster ‘Ramana’ and is keen on casting Akshay-Katrina.

Current status: The original 2002 tamil film, directed by A.R Murugadoss, featured Vijaykanth and Simran. It was later remade in Telugu as ‘Tagore’ with Chiranjeevi and then in Kannada as ‘Vishnu Sena’ with the late Vishnuvardhan. The shooting for the Hindi remake will begin mid-2013. Release date: Early 2014.

Stay tuned to this page (bookmark) to stay updated on Katrina Kaif’s upcoming movies this year.