The first look poster of Kapoor and Sons featuring the lead cast – Sidharth Malhotra, Alia Bhatt and Fawad Khan is out. The poster has a line which says ‘Since 1921’, which seems to be the day the almost unrecognisable Rishi Kapoor’s character was born.

Rajat Kapoor, who plays Rishi Kapoor’s son in the film, is seen standing with his onscreen father and Ratna Patak Shah.

Check out the poster and tell us what you think in the comments section below. 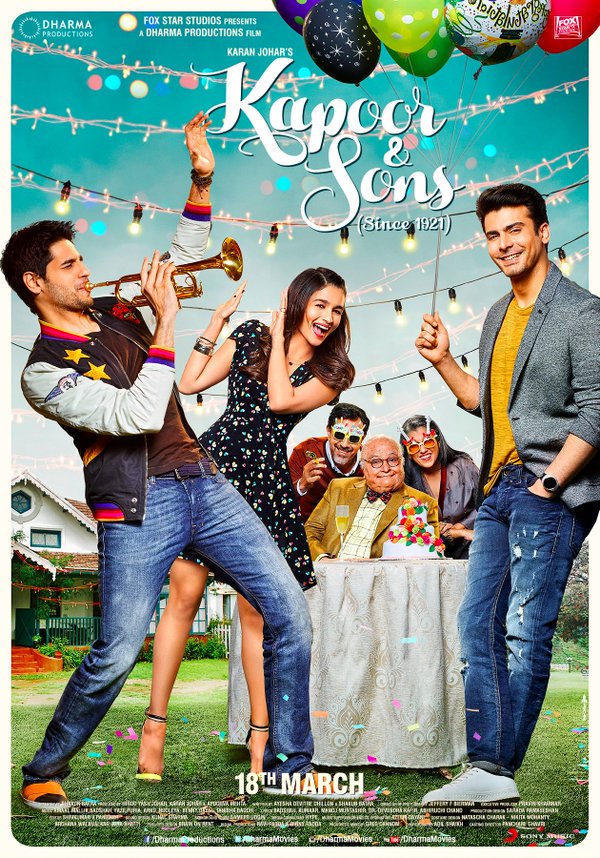