Kangana Ranaut, who was last seen in ‘Rangoon’ earlier this year, will be seen playing Rani Laxmibai of Jhansi in her upcoming film titled ‘Manikarnika’.

A sketch of Kangana’s look as Rani Laxmibai has been released and the actress does look good. She will be undergoing rigorous training sessions to play the role, which includes horse riding lessons and various other physical training sessions.

The film will be directed by Krish, who last directed Akshay Kumar in ‘Gabbar Is Back’. 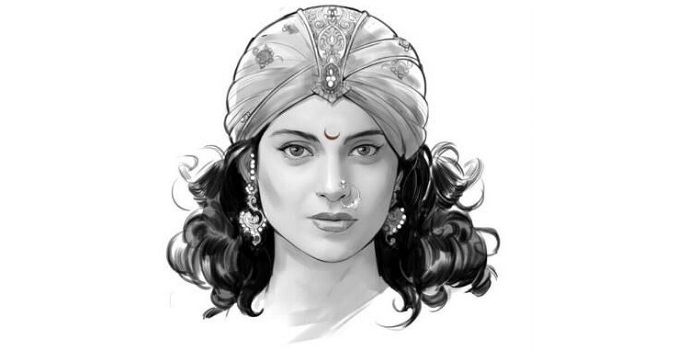