Jolly LLB which released in 2013, went on to be a sleeper hit and earned critical acclaim too. So when a sequel was planned, it came as a surprise that Akshay Kumar had been chosen to play the title role instead of Arshad Warsi. But it was understandable too, since it would give the sequel would reach out to a wider section of the audience because of Akshay’s presence. So is Akshay able to do justice to the franchise and continue his rich vein of form? Let’s find out.

Story: Jadishwar Mishra (Akshay) has a wife Pushpa (Huma) and they live a happy life together. Jolly, as he is lovingly called, tries to rise up the lawyer world with his ingenuity and persistence rather than technical superiority. Things change when Jolly gets involved in helping a widow Hina Siddiqui (Sayani Gupta) and everything could be involved with a terrorist ploy. The film makes a social point through the antics of its lead character.

Review: Subhash Kapoor knows the Indian judicial system in and out, and his movie proves that point. He starts Jolly LLB 2 in a very slapstick manner showing the innocent nature of the lead character and surrounds him with other believable North Indian characters. In the second half, a lot of important socio-political points are made which service the movie very well. Even though it isn’t always the most consistent film, you appreciate it because of the point it tries to make. The courtroom scenes are not as outlandish or dramatic as Rustom and are rooted in realism which helps bring believability to this worthy sequel. 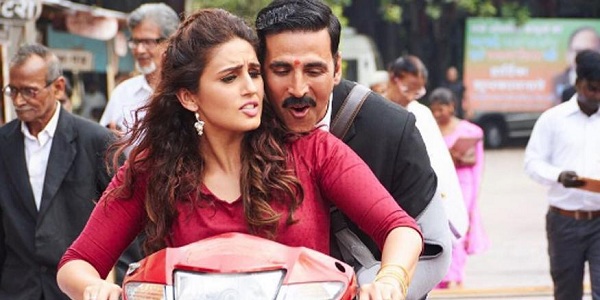 Jolly LLB2 was shot and completed in 33 days, and it is a miracle that the movie was made without many chinks. It is technically a good looking film because neither the sets nor the costumes come across as over the top. The editing is top notch as the court room scenes are very well cut and the movie itself has a pace about it throughout the duration. The music of Jolly LLB 2 isn’t exceptional and it doesn’t need to be either, but it stays true to the nature of the film and accentuates the tone and vibe.

Acting: Akshay Kumar is the heart and soul of Jolly LLB 2 and as the titular character he does total justice to the role which was played so well originally by Arshad Warsi. He is slapstick at first, innocently conniving as he tries to climb the ladders but eventually adopts a sterner attitude. Akshay brings about these changes very well. Annu Kapoor provides able support to Akshay and to the movie. His class is on full display here and he makes the most mundane of dialogues and scenes memorable. Saurabh Shukla is again delightful. Huma Qureshi was an inspired choice to play the wife Pushpa but she doesn’t have a lot to do in the movie.

Conclusion: Jolly LLB 2 takes the franchisee forward and does so ably without much if any step down in quality. It isn’t flawless and there are inconsistencies. It has those logical holes in it, but it is well paced. It is laced with humour and looks at some serious issues without becoming too dramatic. The tone of the first film is maintained here. If you liked the first part, then you are sure to enjoy this sequel as well.