The first look poster of ‘Jolly LLB 2’ was released late last night. It features the lead star of the film, Akshay Kumar, proudly riding his scooter. It’s a simple poster of a lawyer going to work, lunch box tied firmly to the scooter and his bag wrapped around the shoulder.

Jolly LLB 2 also stars Huma Qureshi. The film releases in theatres on February 10 2017. It’ll be a solo release for the film as Dinesh Vijan postponed his debut directorial ‘Raabta’ to June to avert the clash with ‘Jolly LLB 2’.

The film will also be Akshay Kumar’s first release of 2017, after delivering three back-t0-back hits this year. He has a better line-up next year starring with a simple film like ‘Jolly LLB 2’ and ending with one of the biggest films of the year ‘Robot 2.0’ during Diwali. 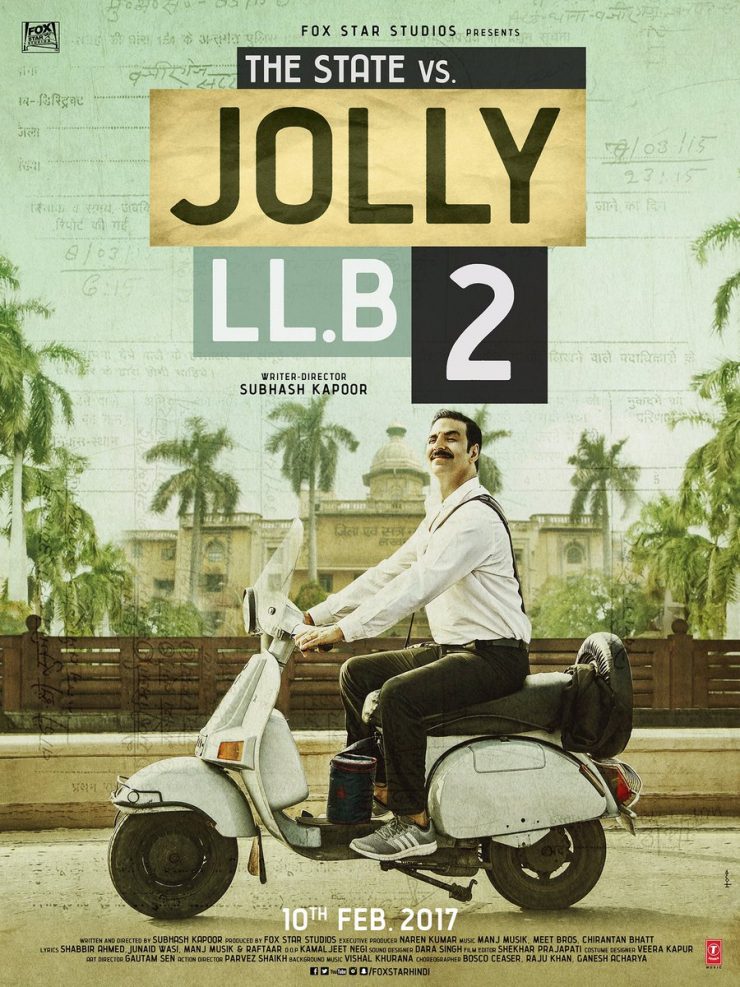