The  first look poster of Ishkq in Paris, which releases on October 5th 2012 (initially slated for release on Sep 21st). The film stars Preity Zinta, Isabelle Adjani, Arjun Rampal, Gaurav Chanana and Salman Khan in a special appearance. The music has been composed by Pritam.

Check out the first poster of Ishkq in Paris and do tell us what you think of Preity Zinta’s look. 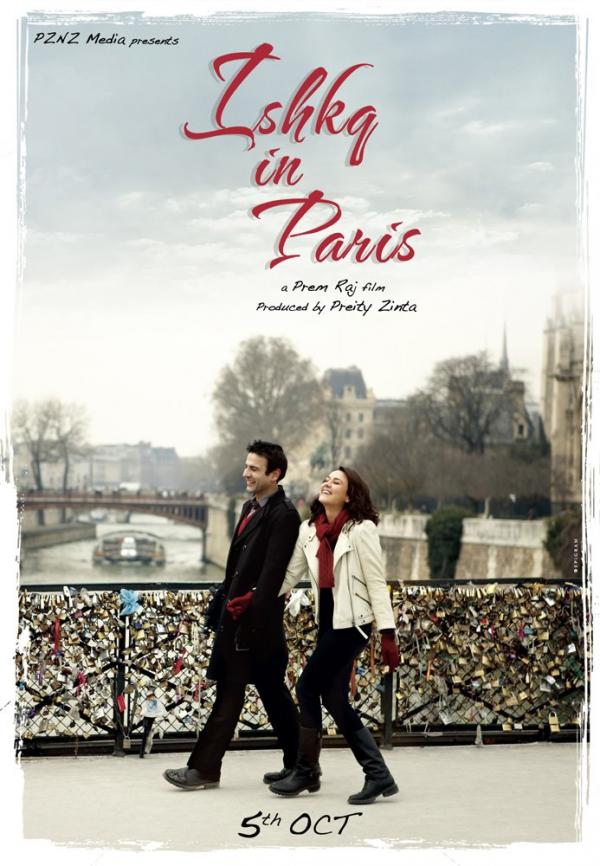