Emraan Hashmi, who has featured in films like Murder, Jannat, The Dirty Picture and Shanghai, says success in both commercial and off-beat cinema is important for an actor.

“Both commercial and serious films are important to me and, I think, as an actor I need both. After you get commercial success, you want to do a film like ‘Shanghai’. I knew it will not be able to do so much business like ‘Murder 2’ or ‘The Dirty Picture’. But it was an important film for me,” said Emraan talking about his choice of films.

“It was also a surprise element for viewers because they had never seen me in a character like that,” he added.

The 33-year-old, who made his acting debut with 2003 film Footpath, never thought of taking up acting as a career. 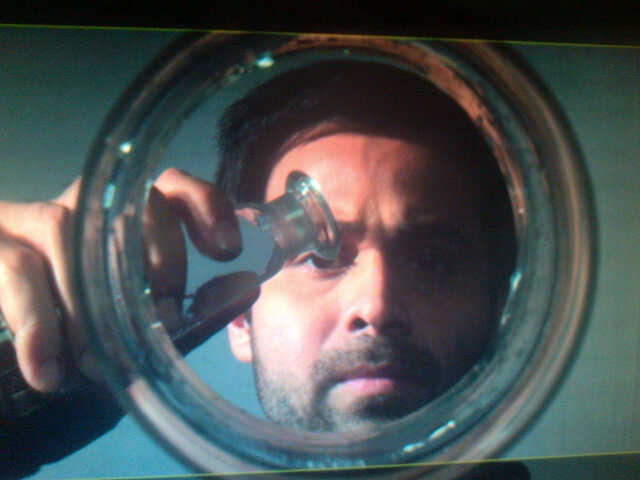 “After getting in the industry, I made mistakes and was learning in the first four years. Then I started enjoying it. ‘Awarapan’ and ‘Jannat’ worked for me in different ways. I have learnt a lot along the way,” he said.

Emraan’s recent Raaz 3 has not been received well by the critics. Also starring Bipasha Basu and Esha Gupta, the film is a sequel to 2009 film ‘Raaz – The Mystery Continues’, which itself was a sequel to 2002 ‘Raaz’.

Talking about his close association with Raaz series, he said he was the assistant director (AD) for Raaz, which featured actors Bipasha and Dino Morea.

“I was on set as the AD, I used to see Bipasha and Dino acting but never thought that one day I would be in front of the camera. It’s been a very surprising journey for me,” he said.

Talking about the kind of films made in Bollywood at present, Emraan says that with films like Shanghai  and  Gangs of Wasseypur, the industry is entering into a more serious and realistic domain. With this development, the number of genres is also increasing.

“When I started 10 years back, only romantic and comedy films used to work. Now, a parallel cinema has come, which is a dark and edgy. It has genres like thrillers, suspense, horror films,” said Bollywood’s serial kisser who believes the audiences want new and different cinema.

When it comes to taking up projects, Emraan believes in accepting innovative themes.

“I don’t know what I want to do. I just read scripts and then decide. It’s like the audience also doesn’t know they want to see something new until they see it. There are some filmmakers who keep making the same kind of films, because it is the safe thing to do. But I will not do that, I will only do something when I get a good script,” he said.

Having done more than 20 films, the closest ones to his heart are Footpath, Awarapan, Jannat and Shanghai.