Two ‘C-17 Globemaster’ aircrafts are on their way back from war-torn Juba in South Sudan. One flight has 143 Indians including 10 women and three infants. 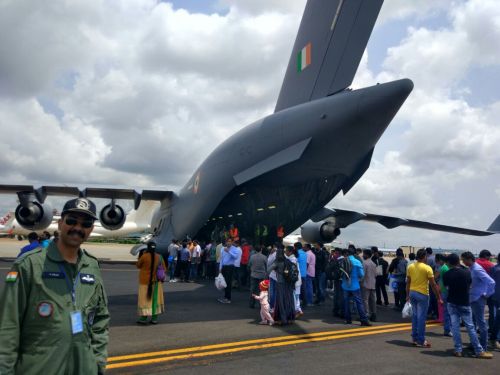 For those wondering why this news is being posted here, Bollywood superstar Akshay Kumar, who was recently seen in ‘Airlift’, had taken special interest in ensuring that Indians in the war-torn country return home safely.

On July 12, Akshay sent a tweet to External Affairs minister Sushma Swaraj “.@SushmaSwaraj Ma’am request for speedy measures and actions to evacuate Indians stranded in Sudan. Prayers with them. #SaveIndiansInJuba”

Thanking her, Akshay said “Thank you Ma’am appreciate the promptness. Hoping to hear about the successful evacuation operation soon”

Request all Indian nationals in Juba to register with the Embassy of India. Please spread the word. pic.twitter.com/nRhPMqspmq