Thousands of Indians gathered at the National Museum in New Delhi to support Bollywood actor Anupam Kher, who lead a March against people claiming that India is intolerant. The march is also said to be against those who are returning awards.

Kher has found a huge number of supporters on social media websites like Twitter and Facebook, but the support that he has received from all over the nation has resulted in the venue being shifted from ‘India Gate’ to ‘National Museum’.

People from all over the country have joined the movement which has been titled ‘March for India’ and ‘India is Tolerant’.

“We have our issues but We live in a Great country. India is our journey & our destination. Let’s tell the world today that #IndiaIsTolerant.”

“News is coming that #MarchForIndia is happening in other cities too. Our best wishes to all Proud Indians.:)” he added.

#MarchForIndia is the No 1 Trend on Twitter India and surprisingly, the No 2 trend Worldwide.

Kher, along with National Award winning director Madhur Bhandarkar and several other film personalities will be meeting the President of India, Pranab Mukherjee at 1PM today. 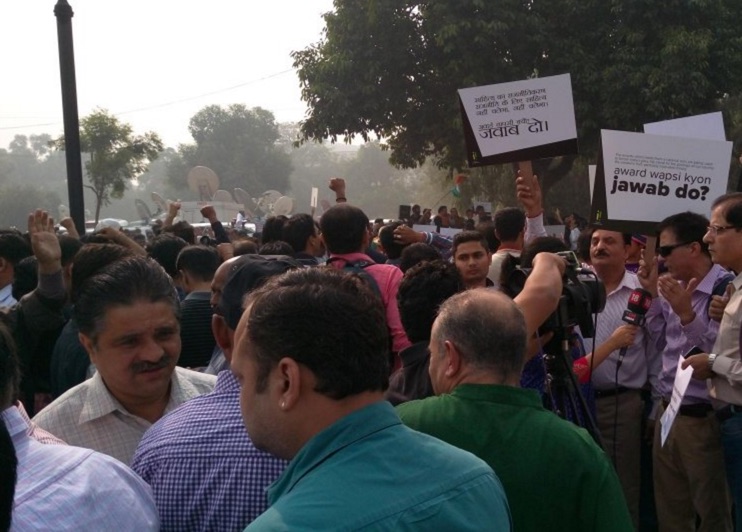 March for India – India is Tolerant