Bollywood superstar Hrithik Roshan is featured on the cover of Stardust for the month of October 2014. The magazine, known for outrageously sensational quotes, promises a candid interview with the Bang Bang star on his life after divorce with Sussanne Khan.

Stardust has also quoted Raveena Tandon, the wife of the industry’s most influential distributor Anil Thadani, as saying “I won’t sleep with actors to promote myself”

And the biggest statement of them all comes from Sonu Sood, who says “I needed a SRK film to make it big!”. Hasn’t Sonu also worked with top superstars like Salman Khan? 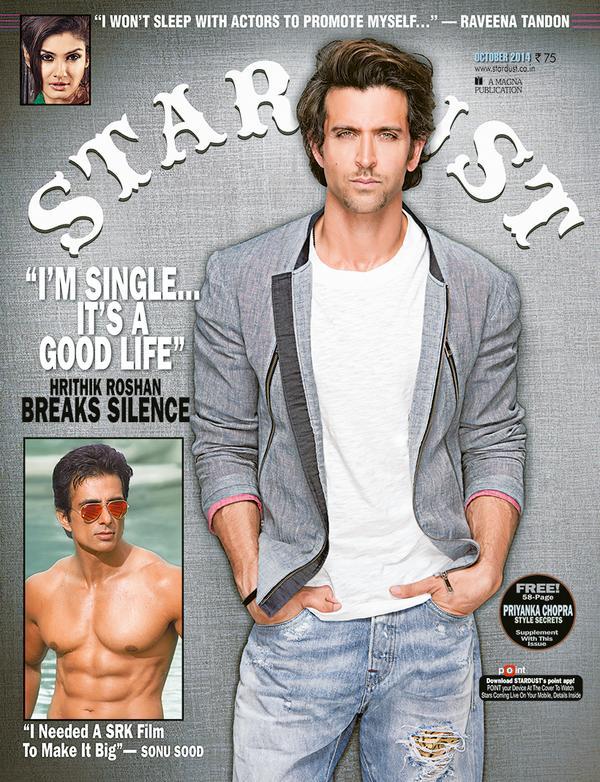