The gorgeous ‘Barfi’ star Ileana D’Cruz is featured on the cover of Cosmopolitan India. The magazine calls her the ‘Hottest, newest Bollywood sensation’. With good reason, as she is set to win several Best Debut awards this year. 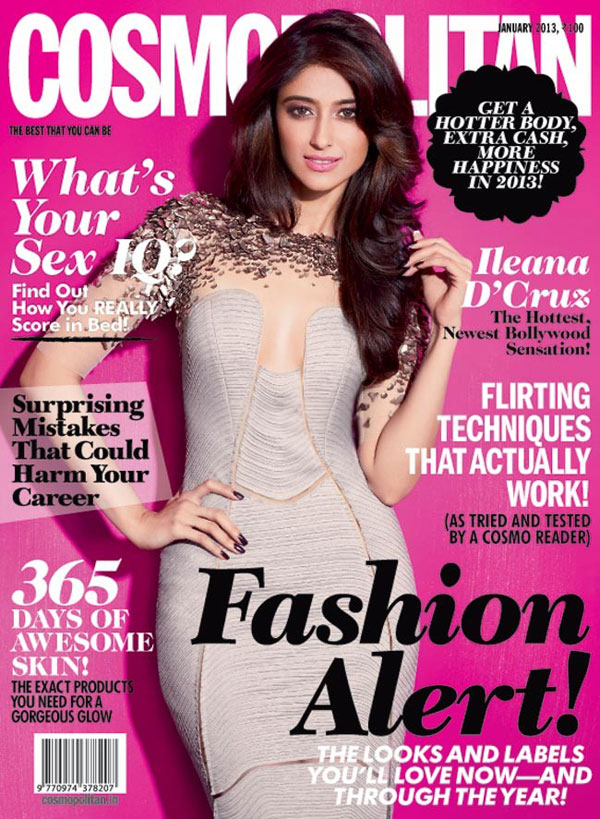