Hrithik Roshan was the only Indian to be featured on Facebook’s official page as the world’s most popular social networking site celebrated 1 Billion active users.

Hrithik, who’s official page has 2.6 million likes, was featured alongside some of the most influential personalities in the world.

One billion means a billion thoughts, a billion voices, a billion dreams and a billion opportunities to make a difference. Having access to connect with a billion people is a gift like no other. They say change begins with one, but imagine when a billion people unite – the power of their combined energies can be limitless – Hrithik Roshan 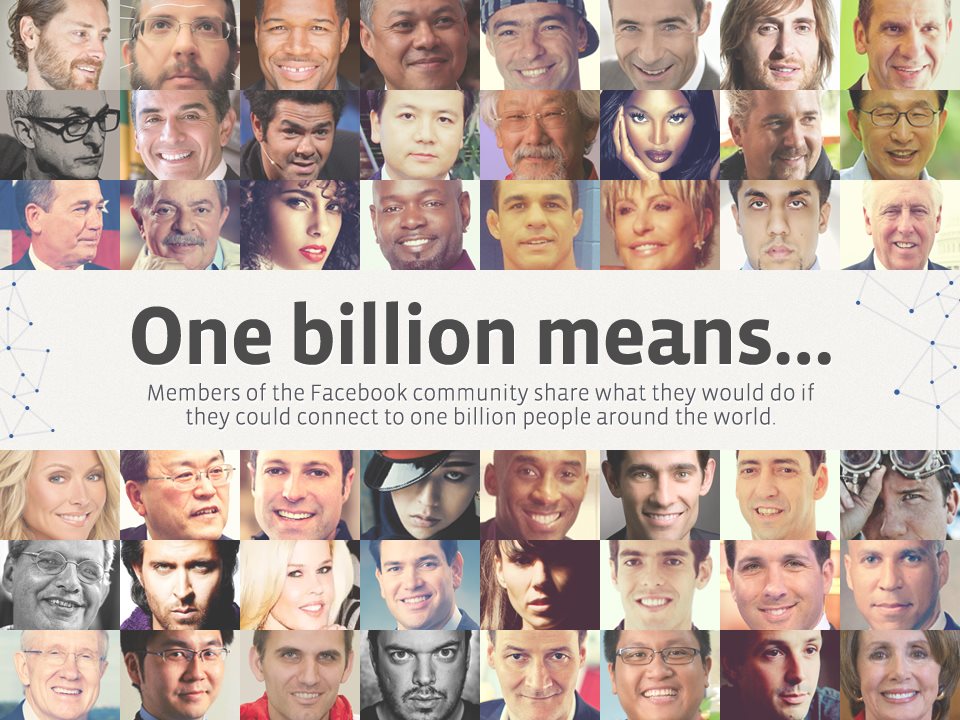 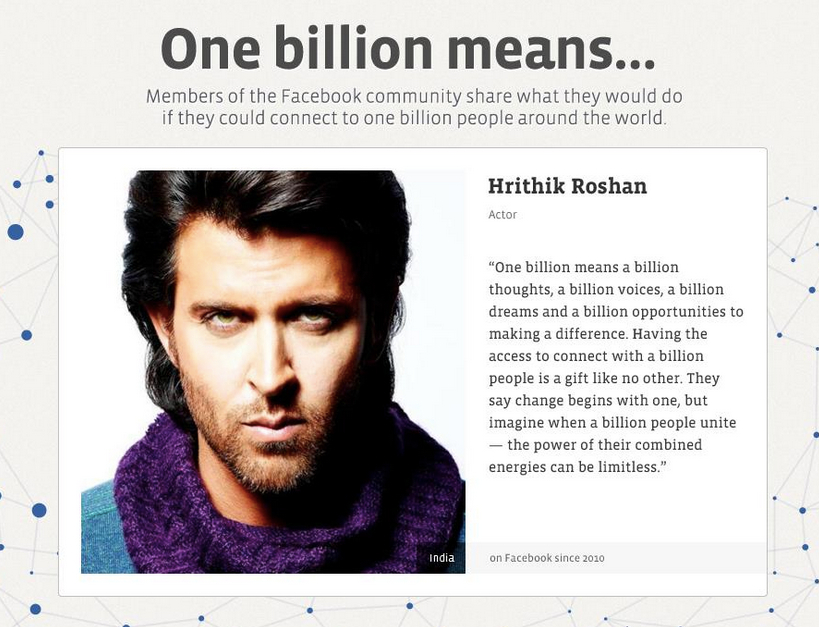