If rumours doing the rounds are to be believed, Hrithik Roshan will make an appearance on popular reality show ‘Bigg Boss’. However, Hrithik and Salman will have no direct interaction, as Hrithik entered the house mid-week, spent some time with housemates and left.

Ever since Salman’s comments on one of Hrithik’s critically acclaimed films Guzaarish, the two actors haven’t shared a warm relationship like they did before. Salman’s remark that even dogs wouldn’t watch the film hadn’t gone down too well with either Hrithik or director Sanjay Leela Bhansali.

During the last episode of the show with Haider star Shahid Kapoor as guest, Salman had jokingly said that although he taught the ‘Bang Bang’ star how to gym, Hrithik did not teach him anything in return. Salman later thanked Shahid for teaching him how to dance, adding that Hrithik had not taught him.

While most stars took part in Hrithik’s Bang Bang Dare contest, Salman decided not to respond. 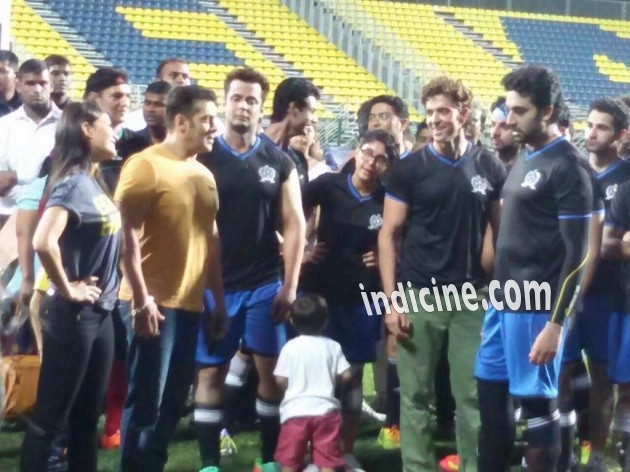