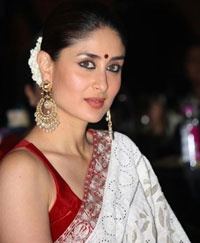 Kareena Kapoor, who is all set to work with Hrithik Roshan once again, says the superstar is one of the country’s finest actors.

“I am very excited about Shuddhi. We’re both working together after such a long time. He is such a fine actor. He is one of the finest actors in our country,” Kareena told IANS over phone.

“I am looking forward to this film. We will start shooting from January 2014,” she added.

For Karan Malhotra’s Shuddhi, the two actors will be teaming up after 10 years.  Initially slated for theatrical release during the festive season of Diwali 2014, Shuddhi has pushed to the summer of 2015.

The film goes on floors in January 2014.