She is a huge star down south, and has even starred in a Rajnikanth film. But unfortunately for Shriya Saran, her Bollywood career hasn’t quite shaped up the way, she’d have hoped for. Her contemporaries from down south, Asin, has achieved far greater success.

This month, Shriya has been featured on the cover of India’s popular men’s magazine Maxim. 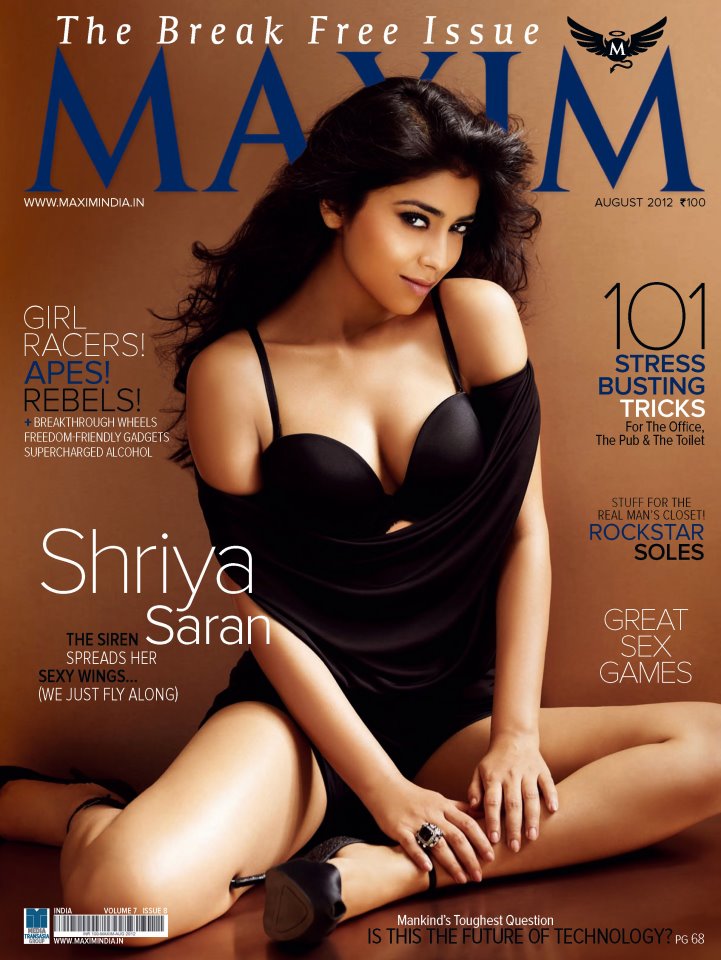 Shriya Saran on the cover of Maxim India – August 2012