First look poster of Hawaizaada starring Ayushmann Khurrana and Pallavi Sharda. The film, directed by Vibhu Puri, is based on the life of scientist Shivkar Bapuji Talpade who is credited to have constructed India’s first unmanned plane. 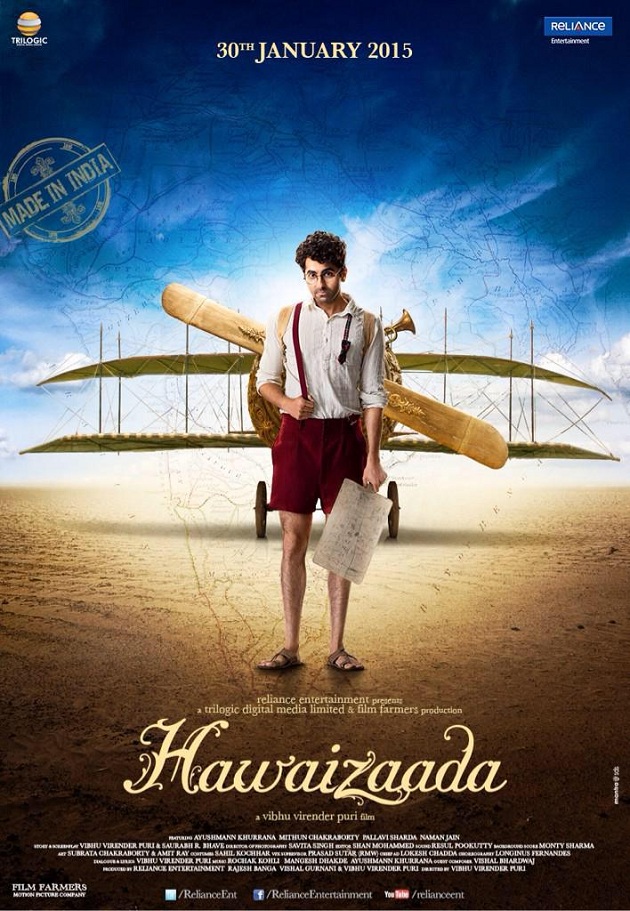