After a good response to the theatrical trailer, the first song ‘Hans Mat Pagli’ from ‘Toilet – Ek Prem Katha’ is out. It’s a romantic show that shows Akshay Kumar head over heels in love with Bhumi Pednekar.

The song has been Sonu Nigam, Shreya Ghoshal and composed by Vickey Prasad.

The movie is a satirical take on a battle against the age-old tradition of open defecation in the country. From the panchayat to the sanitation department, from the role of the government to the superstitions of the villagers, from scams to the ethos, from first love to a matured romance.

Check out the song below: 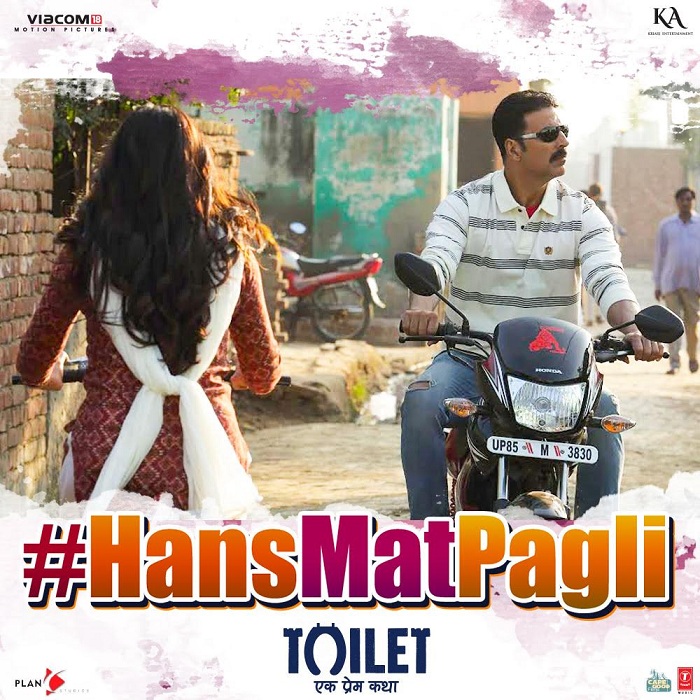