It’ll be for the first time after their legal battle that Ajay Devgn returns to the Yash Raj Studios in Andheri Mumbai to shoot for one of his films. ‘Golmaal Again’ will also be shot in Hyderabad, Ooty and Goa.

Ajay, who is currently shooting for his next film ‘Baadshaho’, joins the cast and crew on March 11.

For the Mahurat shot, Rohit had the clap-boards of all the previous Golmaal films on the sets, including the latest one.

Here’s wishing the cast and crew the very best for the 4th Golmaal film. 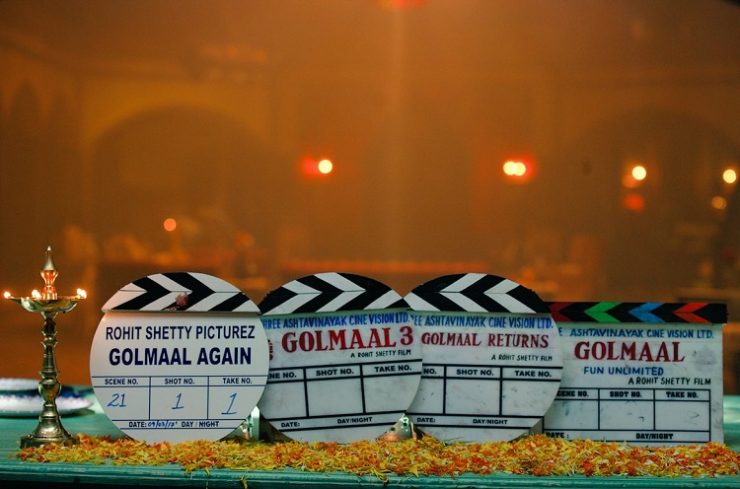