Ghayal Once Again is the sequel to one of Sunny Deol’s most popular films ‘Ghayal’ which released way back in 1990 and went on to be a box office blockbuster. The sequel was first planned for theatrical release back in 2012, but Sunny took over the directorial reigns and decided to produce the film himself.

The 90s superstar plays the iconic character of Ajay Mehra in the 2016 film also starring Soha Ali Khan, Om Puri, Sachin Khedekar, Tisca Chopra, along with a bunch of young actors who have important roles to play in the film.

The story of ‘Ghayal Once Again’ continues from the first film. Ajay Mehra has served his prison term for killing Balwant Rai and he now owns a news channel named Satyakam.

Enter Raj Bansal, a corrupt politician, who has druggie, arrogant and equally corrupt son Kabir Bansal. One day, Kabir ends up killing a man and evidence of the murder is accidentally captured by four college-going students.

Ajay Mehra takes it upon himself to save the four students and destroy Raj Bansal. 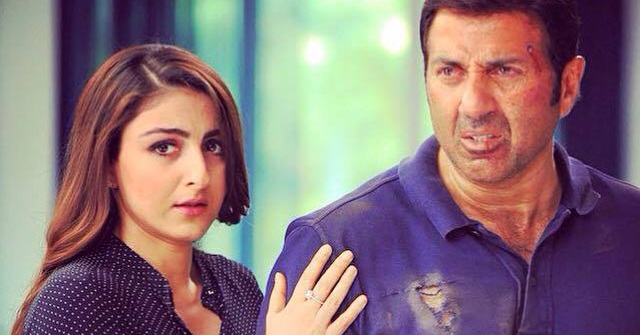 Review: Like most Sunny Deol films back in the 80s and 90s, Ghayal Once Again is all about the actor himself. He single-handedly bashes a bunch of goons and takes on the most influential men in the country. The ‘Dhai kilo ka haat’ returns and to do justice to the film, we decided to watch it at a single-screen theatre rather than a empty multiplex.

The theatre wasn’t packed to capacity like it used to be during Sunny’s prime, but the atmosphere was quite electrifying. Every kick and punch that Sunny delivered on the goons were received with seetis (whistles) and taalis (claps).

Ghayal Once Again has its moments and Sunny Deol proves once again that he can give the younger generation of Bollywood stars a run for their money. The actor looks younger than his age (58) and performs most of his action sequences himself. Sadly though, the supporting actors in the film don’t quite match up. Everything from the dialogue delivery to expressions come across as forced and Sunny the director hasn’t been able to extract watchable performances out of his actors.

Technically, the film isn’t upto the mark. It has been shot well, but a few scenes are cut quite abruptly. Voice dubbing is shoddy and at time not in sync with the lip movement.

Overall, Ghayal Once Again is a one-time watch if you are a Sunny Deol fan.

Reasons to watch Ghayal Once Again

Reason to skip Ghayal Once Again