The seventh instalment of the ‘Fast and Furious’ series became the highest Hollywood grosser of all time in India. The popular franchise, featuring Vin Diesel in the lead, will continue with the 8th film in the series.

Diesel shared the poster of Fast and Furious 8 on his Instagram page, showing a birds-eye view of the New York City – where the film will be shot.

The poster highlights ‘New Roads Ahead’ and that the action film will release in theatres in April 2017. 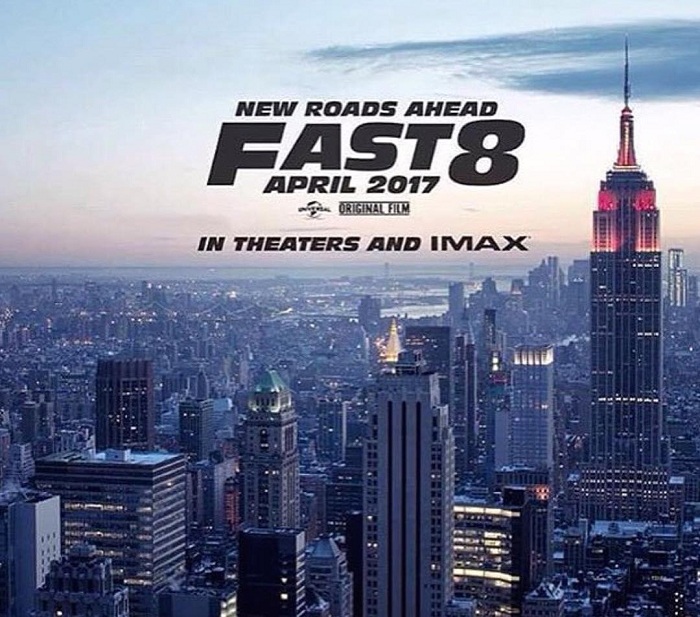 In ‘Furious 8’, Diesel will return in the lead role. He will be joined by Dwayne ‘The Rock’ Johnson, Ludacris and Tyrese Gibson, with Jason Statham and Kurt Russell expected to return.

F. Gary Gray will helm the movie scheduled to hit theaters on April 14, 2017.