Monday was an emotional day for Anushka Sharma, as she wrapped the shooting schedule of her upcoming Christmas release Bombay Velvet. The entire team of the film got together and organised a bunch of flowers, a bottle of Champagne and a cake with the message “Thank you Rosie, All the best to our singing star”

Over the last one and a half years, Anushka has been shooting for Bombay Velvet, directed by Anurag Kashyap, also starring Ranbir Kapoor.

Soon after cutting the cake and bidding adieu to the Bombay Velvet team, Anushka left for Jodhpur to join the next shooting schedule of NH10. 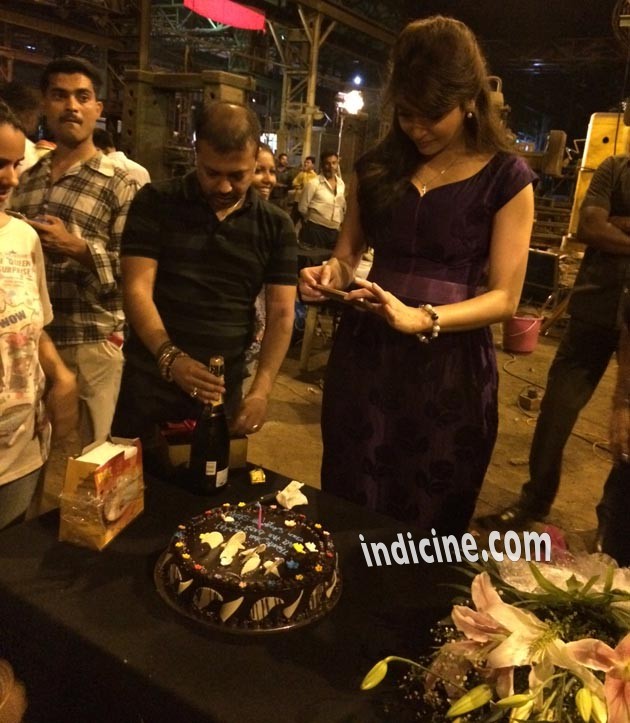 Anushka Sharma on the sets of Bombay Velvet 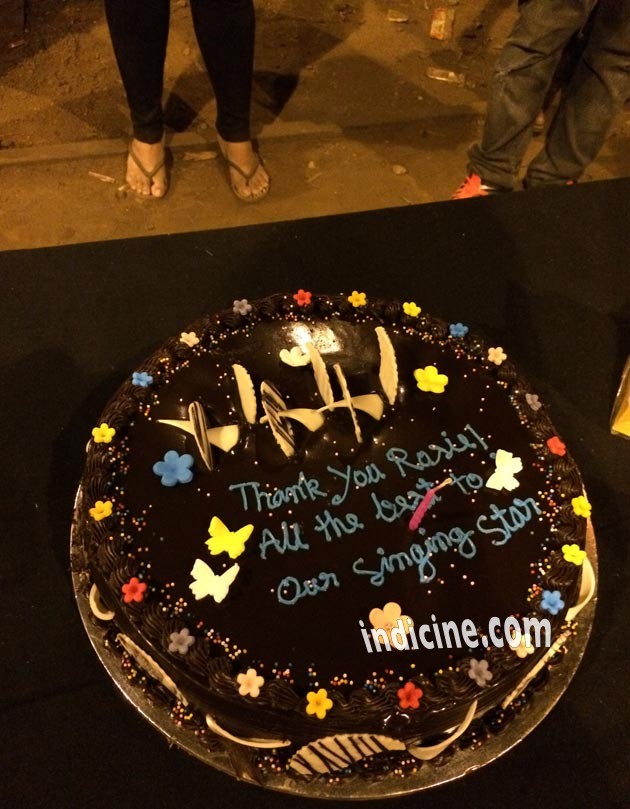 Bombay Velvet cake with the message