Ek Tha Tiger has grabbed a lot of attention as Salman and Katrina will be paired together for the first time post their break-up.

The film is supposedly a story of a Trinity College scientist suspected of selling missile technology secrets to our neighboring country Pakistan. Tiger (title role played by Salman Khan) goes there to find more and falls in love with the professor’s caretaker Zoya (Katrina Kaif). The film is shot in beautiful places like Istanbul, Kazakhstan and Chile.

Driving in a open vintage car, Katrina looks sexy as Salman Khan looks on.. Check out the pictures below. 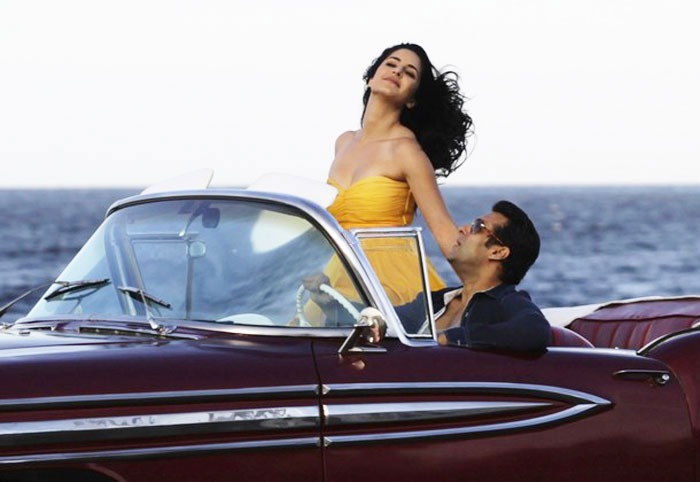 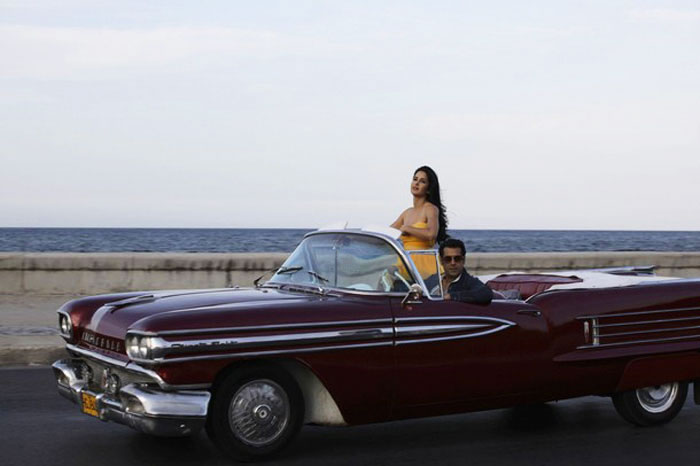 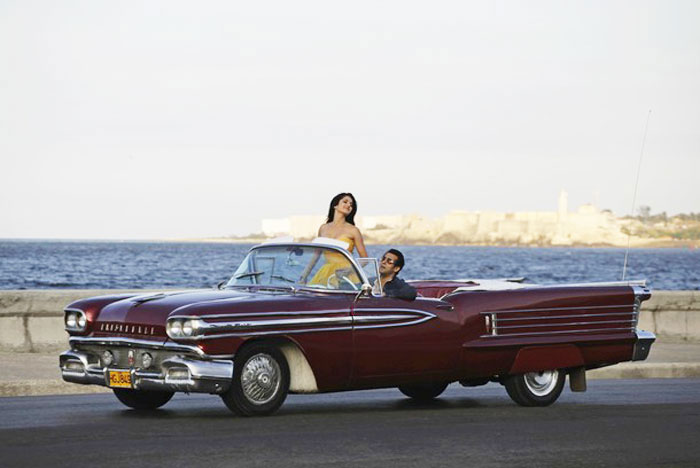