Ek Tha Tiger opened in Japanese theatres today and director Kabir Khan who is currently in Japan to promote his film, tweeted “Just got over with a packed press conference in Osaka. Happy to see the excitement in Japan about the release of Ek Tha Tiger :-)”

The official Ek Tha Tiger Japanese Poster below. Have a look! 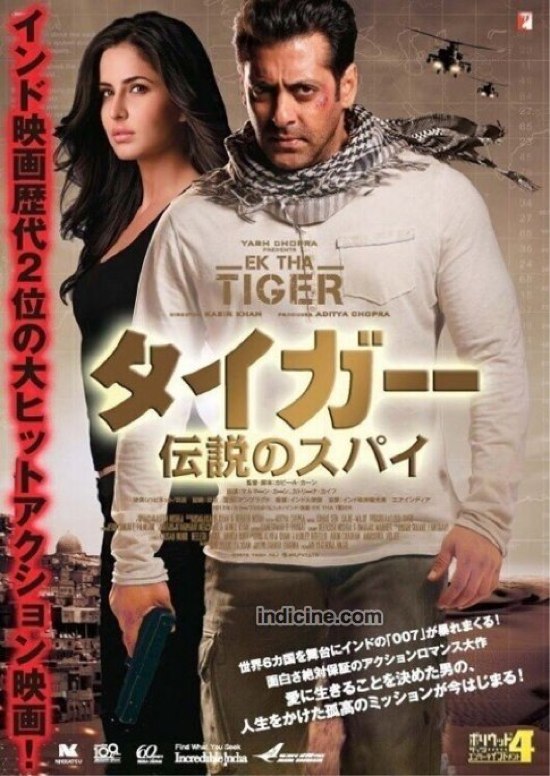