The gorgeous Diana Penty is featured on the cover page of ‘Elle India’ for the month of October 2012. She played a demure character in Cocktail, one of the most successful films of the year so far.

Post-Cocktail, Diana is being considered to play the female lead in Kunal Kohli’s next with Vicky Donor star Ayushman Khurana. 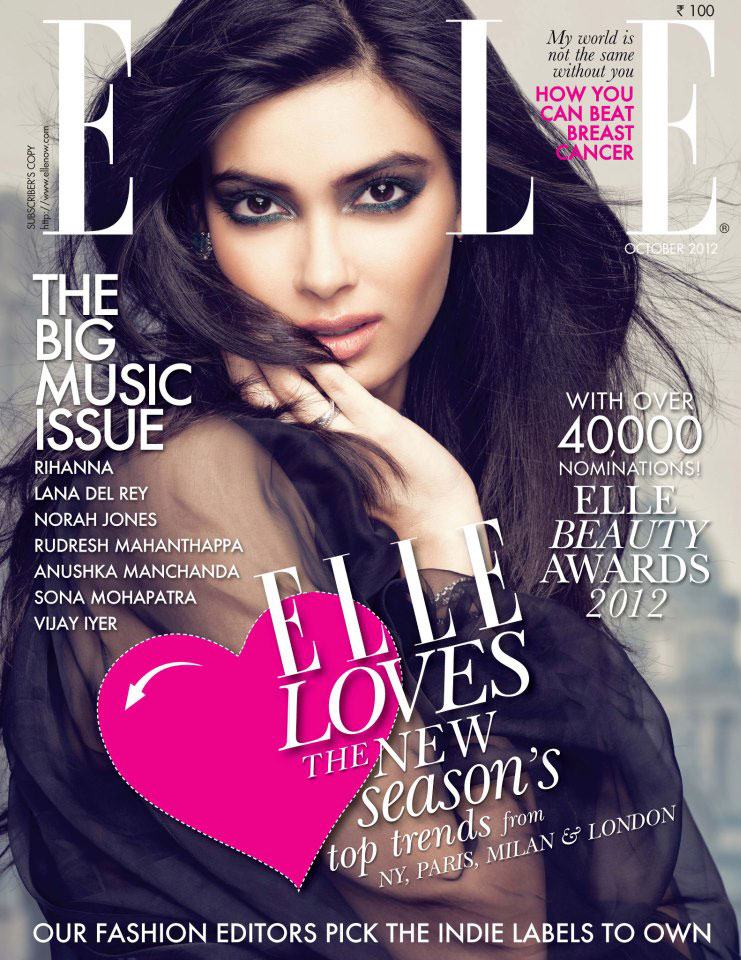