Though Dia’s career didn’t really take off after a good debut in Rehna Hai Tere Hil Main, she has continued to play significant roles in films like Lage Raho Munnabhai.

The actress is the face of many leading brands and has appeared on several magazines and calendars. Last year, in asociation with her boyfriend Sahil Sangha and friend Zayed Khan she has started her own production house, Born Free Entertainment. Their first film was Love Breakups Zindagi which released in October last year.

Sporting an unbuttoned jacket and hot shorts, Dia steams up the magazine cover. Check it out below. 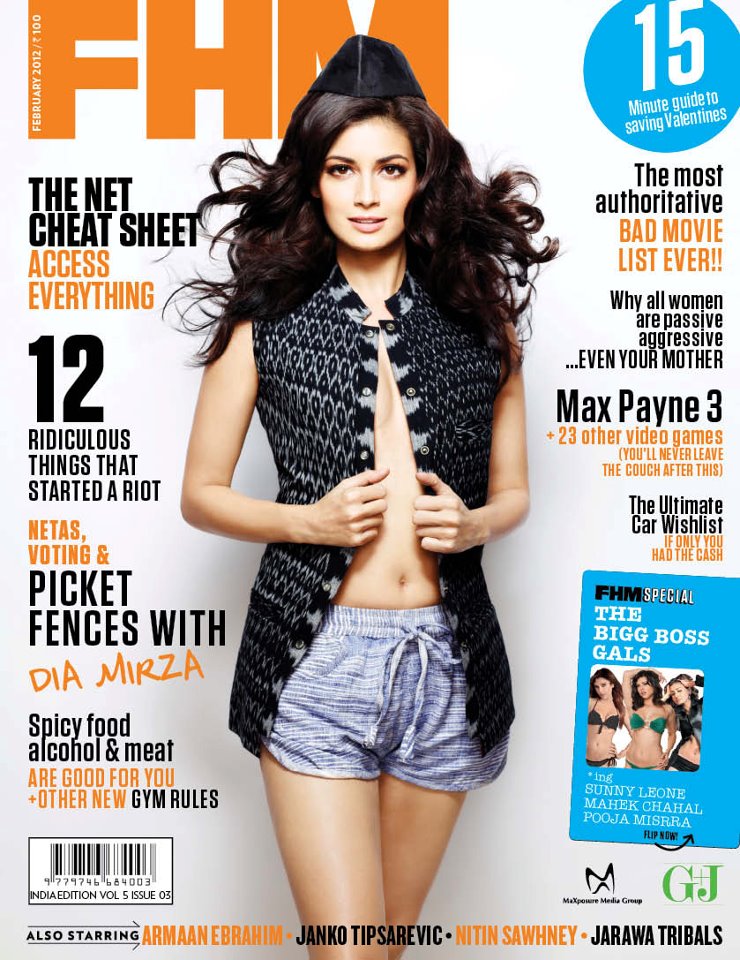 Dia Mirza on the cover of FHM India - February 2012