Dheere Dheere has become the first Hindi song to cross the 150 million mark on YouTube. The song, which was produced in the memory of Gulshan Kumar by his son Bhushan Kumar, featured Hrithik Roshan and Sonam Kapoor.

The song was composed and sung by Yo Yo Honesy Singh and directed by Ahmed Khan. 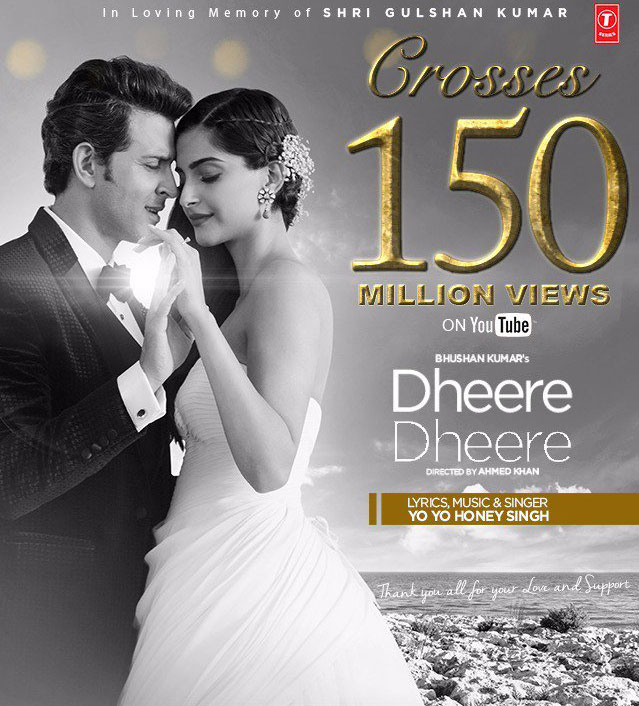