A picture captured on the sets of the film ‘Cocktail’ shows Deepika’s non glamorous part. The 26 year old actress is seen getting her hairstyle done. Yet she looks pretty.

Cocktail is a romantic comedy that is produced by Saif Ali Khan under his Illuminati films banner. He will be starring in it as well. Debutante Diana Penty will be the second female lead. The film is expected to release on July 13th this year. The promos are likely to be released with Saif’s movie ‘Agent Vinod’.

Deepika has two other films releasing this year. One being Yeh Jawani Hai Deewani with Ranbir Kapoor and Kochadaiyaan with Rajnikanth. 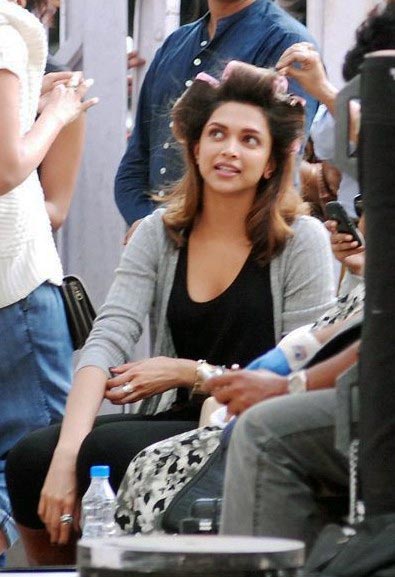 Deepika Padukone on the sets of Cocktail