Sohail Khan is yet to make an official announcement, but it’s more or less certain that Daisy Shah has been signed to play the female lead in Salman Khan’s Mental.

Daisy has featured in quite a few Kannada films. In fact, she played Kareena’s role in the Kannada remake of Bodyguard. She was also seen in an item number in Bloody Isshq.

The first 12-day shooting schedule of ‘Mental’ is currently in progress in Dubai and Daisy was spotted shooting for some important sequences. Sources say, the actress has a minor role to play as ‘Mental’ is a remake of Telugu classic Stalin, where Trisha, the film’s leading lady, had very little screen-time.

The source also added that Tabu will be playing Salman’s sister, while Yash Tonk and Ashmit Patel are Salman’s friends in ‘Mental’.

Below we have a few latest pictures of Daisy Shah, check them out and tell us what you think. Hot? Cute? Pretty? Sexy? Or a little too fat to be Salman Khan’s heroine? She was supposedly asked to shed a few kilos, which she has.. see the last few pics!

Daisy Shah on the sets of Bloody Isshq, where she had an item song

Daisy Shah in one of her recent photoshoot

Still from a Kannada film 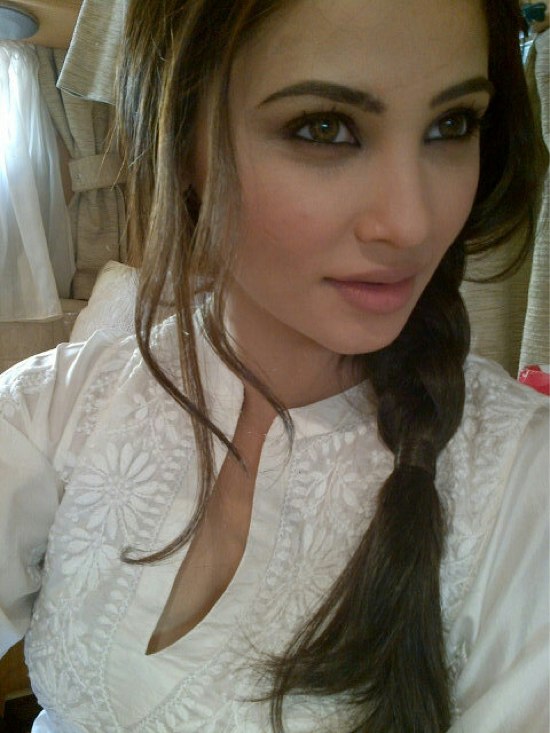 Daisy Shah Twitter Photo which she updated in March 2013