Arjun Rampal has established himself as a respected actor of sorts and he also has a National Award to his name. But the big films have been hard to come by. He stars in one of this week’s new releases – Daddy, which had impactful teasers and trailers. Is the movie any good? Does the thrill stay intact?

Story: From the rough streets and back alleys of Central Mumbai, Daddy, is the true story of Arun Gawli (Arjun Rampal), a man who scripted his own destiny, eventually going on to become one of India’s most feared gangsters. Today he remains an enigmatic figure; at once a volatile, power-hungry criminal for some and the respected “Daddy” or a modern day Robin Hood for the working-class neighborhood he belongs to. Daddy follows the intertwined fates of the world-weary Gawli as he attempts to enter politics and a frustrated Police inspector (Nishikant Kamat) with a secret history of his own. An unfolding jigsaw puzzle, told from different points-of-view and spanning over four decades, Daddy is an excursion into the Mumbai underworld. 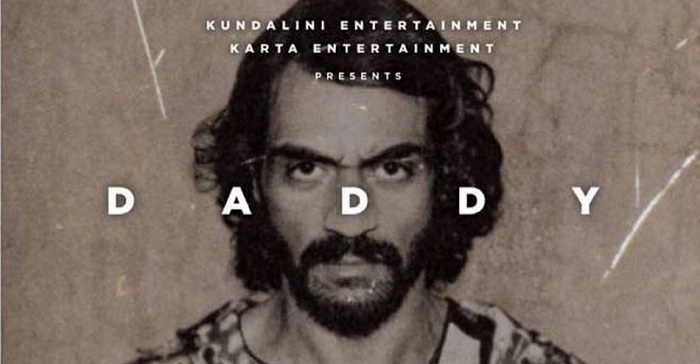 Screenplay and Direction: Aseem Ahulwalia who created the indie film Miss Lovely makes his foray into commercial cinema with this film. He gets the technical aspects of the world he’s trying to portray perfectly but he misses the mark by a big distance when trying to showcase the emotional aspects of the lead character and his family members. The viewer is shown a glossed up version of the real events where the motivations of the gangster is justified through his poverty but maybe the makers should have embraced the full blown violence of the lead character without any apprehensions. It would have made for a much better and a more impactful film. Daddy doesn’t work on any level, unfortunately.

Technically there’s no faulting Daddy. It is a master effort from all the departments bring to life the 70s and 80s era of Mumbai. The production design is aided by the smart cinematography which hide any loopholes. The costume design and makeup department need special marks for their onspot recreation of that era. It is a shame that the director couldn’t fully utilise the first rate technical team to make a fluid coherent movie.

Acting: Arjun Rampal puts in a first class performance as Arun Gawli. He does all that is required of him to play the part and for the most part he does it convincingly. The mannerisms, the light manner of his speaking, his looks, his expressions are all pitch perfect. It is probably his career’s best performanc, and that’s why he deserved a better film. Nishikant Kamat is a fantastic foil to Arjun’s Gawli. He is methodical and his performance makes a mark. Aishwarya Rajesh in her role is impressive and she shows her experience. There’s a cameo by a well known actor and he comes across as the biggest misfit in the movie.

Conclusion: Daddy is a cautionary tale of not just a person who can go wrong because of the company he keeps, but it is also a cautionary tale of an indie director who leaps frog into commercial cinema too soon without toning down his sensibility. Daddy is a beautifully put together film which leaves no impact at all, and makes all the effort of the case and crew futile because of lackadaisical direction. Daddy is one of the biggest disappointments of the year so far.