Even though Cocktail was a film targeted at the urban youth, it has still managed to achieve ‘outstanding’ collections in it’s first weekend.

After a strong opening day of 10.75 crores, business picked up on Saturday (12 crore nett) and while multiplexes were running at close to fun capacity on Saturday, the film showed decent growth on Sunday (13 crore nett) to take it’s opening weekend total to Rs 35.75 crore nett. 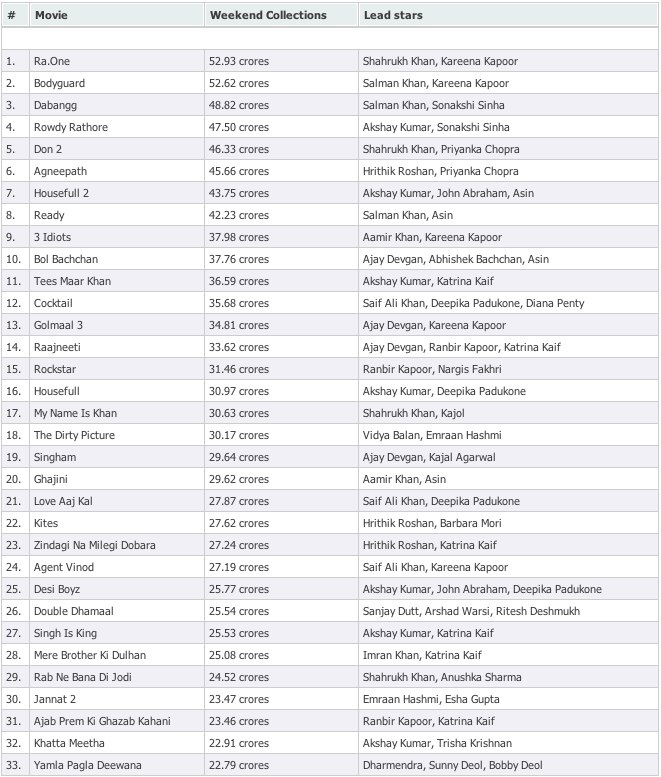