Cast as a super-hot lecturer opposite Akshay Kumar in last year’s Desi Boyz – Chitrangada Singh graces the cover of the controversial FHM magazine for January 2012.

Talking about the cover-shot, it is certainly not one of her best. While her accessories are catchy the black outfit is not very appealing. Irrespective of that, the dusky beauty still looks gorgeous.

The actress will once again sizzle on-screen in an item song “Kaafirana” from the Akshay Kumar – Sonakshi Sinha starer “Joker” releasing in August this year.

For now, catch a glimpse of Chitrangada on the magazine cover. Also learn some pick-up lines in the new year edition of FHM! 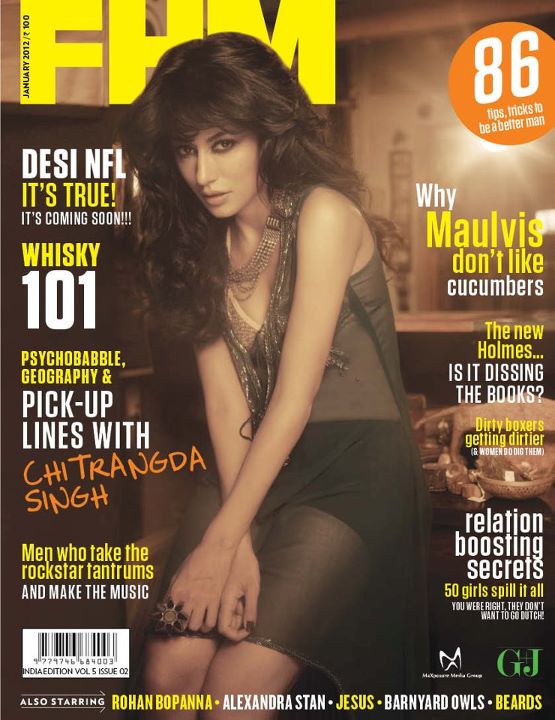 Chitrangda Singh on the cover of FHM India January 2012