One of the most fancied teams in the competition this year, Shahrukh Khan owned Kolkata Knight Riders have played 7 matches and lost 5. The defending champions are currently lagging behind at No 7 in the points table.

Before the opening ceremony this year, SRK promised KKR fans that the team would “not let you down in the Pepsi IPL 2013”. 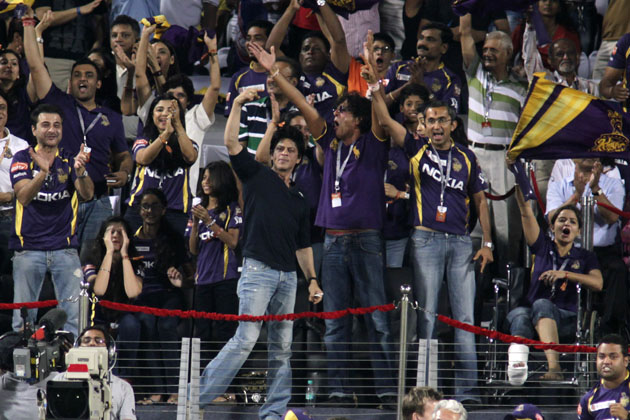 Unfortunately for him and the team, key players like Yusuf Pathan and the rest of the Indian contingent except Gautam Gambhir haven’t been performing.

So, out of the 9 remaining matches (including the one against Preity Zinta’s Kings XI Punjab that’s currently in progress), KKR have to win 7 to qualify for the semi-finals. It’s not going to be easy as only 2 of their remaining games are scheduled to take place at their home ground, the Eden Gardens in Kolkata.