The makers of ‘Harry Met Sejal’ are gearing up for the launch of the fourth song from the film – Butterfly – that has the lead couple turning desi. Shah Rukh Khan becomes the desi munda Harinder, while Anushka Sharma returns back to her roots as the soni kudi Sejal.

A short teaser of the song was released on Twitter yesterday (attached below) and a new poster has just been released.

The makers haven’t yet released a theatrical trailer – we’ve only had a few mini trails and songs so far. The trailer is expected to be out soon.

3 weeks to go for the theatrical release of the film, Jab Harry Met Sejal will be out in cinemas worldwide on August 4.

Check out the teaser as well as the new poster of ‘Butterfly’ below: 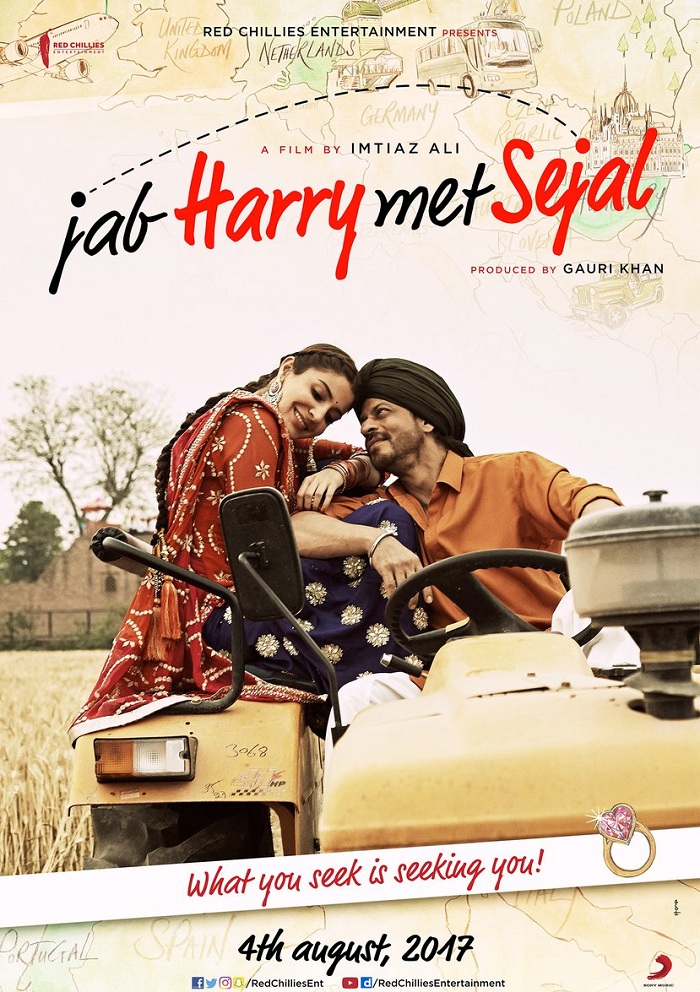