The comeback film of Sanjay Dutt! Meet Bhoomi and her Baba, and get ready to witness their story which is full of ups and downs. The heartland tale has Bhoomi (Aditi Rao Hydari) and her Baba (Sanjay Dutt) in the age-old battle of good vs evil.

The film has been directed and co-produced by Omung Kumar, who has previously directed films like ‘Mary Kom’ and ‘Sarbjit’. This is his third film. He will be directing Sanjay Dutt for the first time, in what will be Dutt’s first movie since PK in 2014.

Bhoomi is scheduled to release in theatres on September 22 2017.

Check out the poster and Bhoomi Trailer below: 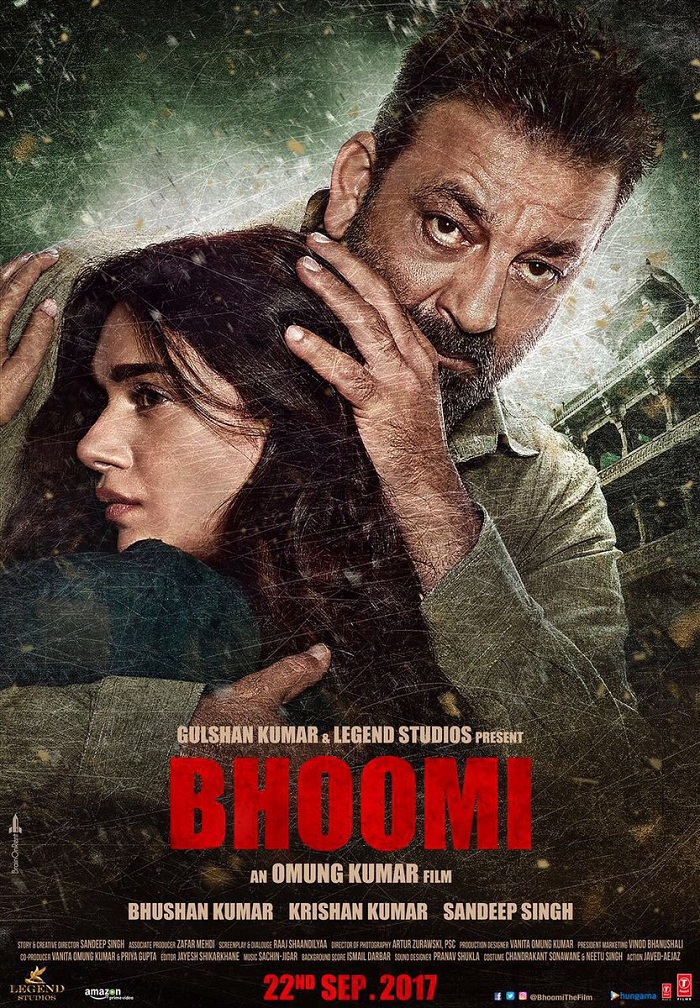