It would not be wrong to state that the history of Bollywood Female Playback singing has been scripted mostly because of two legendary sisters – Lata Mangeshkar and Asha Bhonsle. Both have mesmerized millions with their melodious voice in their singing careers spanning over six decades. Lata held the Guinness Books of World Record for the Most Recorded artist in the music industry which was overtaken by Asha in 2011. 80s and 90s saw the dominance of Alka Yagnik, Anuradha Paudwal, Kavitha Krishnamurthy and Sadhana Sargam. Alka continued to be the leading female playback winning 7 out of a record 35 nominations of Filmfare Awards in her illustrious career. Alisha Chinoy managed a successful playback singing career along with her simultaneous pop album releases.

There are few talented voices today that are carrying the legacy of Bollywood Female Playback singing forward. Here goes my list of top 5 singers who are worthy contenders of the most popular female playback voice today: 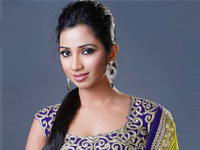 1. Shreya Ghoshal: The girl with the golden voice, Shreya Ghoshal’s career began when she won the Sa Re Ga Ma Pa contest as an adult. Sanjay Leela Bhansali spotted her and made her the voice of Aishwarya Rai in Devdas. Since then there is no looking back for this girl, who is now amongst the cream of Bollywood Music Industry. Her voice is extremely melodious, soothing to ears and soft as silk. Her best songs are Bairi Piya, Jaadu Hai Nasha Hai, Teri Ore, Piyu Bole, Barso Re, Pal Pal Har Pal, Ye Ishq Haaye, Agar Tum Mil Jao, Noor E Khuda, Teri Meri Prem Kahani and the sensual Ooh La La. 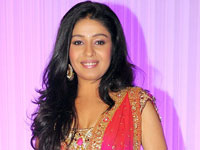 breakthrough was Ram Gopal Varma’s film Mast, in which she sang the hit song Ruki Ruki Si Zindagi. Since then Sunidhi has turned into a HIT machine with almost all her songs becoming chartbusters. Going by the success of her fast paced songs, she has been labeled as the Queen of Item Numbers. But she showed her versatility in Kaisi Paheli from Parineeta. Amongst a wide catalog of smash hits, the prominent ones remain Mehboob Mere, Deedaar De, Dhoom Title Track, Dance Pe Chance, Beedi Jalayi Le, Challiya, Aisa Jaadoo, Chor Bazaari, Crazy Kiya Re, Mere Haath Mein, Ainvayi Ainvayi, Sheila Ki Jawani and the recent Ishq Sufiyana. 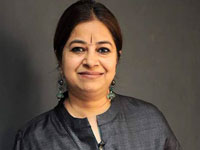 3. Rekha Bhardwaj: Rekha Bhardwaj is known for her distinctive style of singing. Rekha is not a regular Bollywood Playback singer and that is pretty evident from her body of work. Acclaimed Director Vishal Bhardwaj’s wife, she got her due recognition with the song ‘Namak Ishq Ka’ from Omkara. She has a great voice and her power to emote through her voice is immense. We don’t get to listen to her more often as much as we would like to, but she always comes up with brilliant, Soul Soothing songs. Her best numbers are Genda Phool, Ranjha Ranjha, Darling, Raat Ke Dhai Baje and Badi Dheere Jaali. 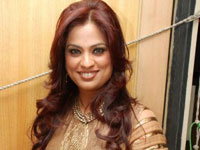 4. Richa Sharma:Richa is a devotional singer as well along with Bollywood playback singer and hence she brings the authentic Sufi touch to her renditions. She sings from her heart and it can be felt in all her numbers. She got recognition with Ni Main samajh gayi from Taal but her first biggest hit was ‘Maahi Ve’ from Kaante. Her ‘Sajda’ from My Name is Khan fetched her lot of acclaim. Her other famous songs are Baghban, Dil Mile Bina, Billo Rani, Zor Ka Jhatka and Kal Ho Na Ho(sad). 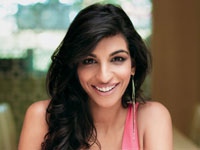 5. Anushka Manchanda: Anushka gained popularity when she emerged as a winner of the Indian television talent show, Coke [V] Popstars in 2002, and formed the first Indian pop girl band, named Viva. After that she got to work as VJ for Channel V. Sassy, Spunky and Sexy – that would pretty much sum up the personality of this Rock star and it shows in her songs also. Her First Big song was ‘Golmaal’ from the film by the same name and that song became the soul of the film. She has been delivering foot tapping numbers one after the other. The only thing is that she needs to experiment and present herself as a versatile singer. Her top songs are Tu Saala, Naughty Naughty, Apna Har Din, Dum Maaro Dum and Ek Main aur Ek Tu.