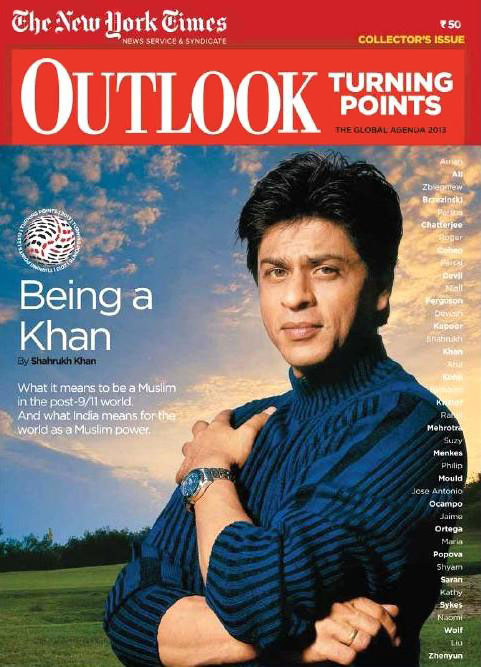 Yesterday, we published the cover of Shahrukh Khan’s Outlook magazine, which hit news stands across India on Monday.

The magazine features a write-up by Shahrukh on ‘what it means to be a Muslim in the Post 9/11 world’.

Below are some excerpts from the article titled “Being a Khan”