The first look poster of ‘Begum Jaan’ starring Vidya Balan in the lead is out. The film, which has been written and directed by Srijit Mukherji, releases in theatres on 14 April 2017.

The poster has the words ‘My Body. My House. My Country. My Rules’. It also has the tagline ‘When Freedom fought Independence…’

The film is the Hindi version of Srijit Mukherji’s Bengali film Rajkahini, which is about a brothel’s owner-madam in Punjab during India’s partition in 1947. Vidya’s role in the Bengali version was played by Rituparna Sengupta. 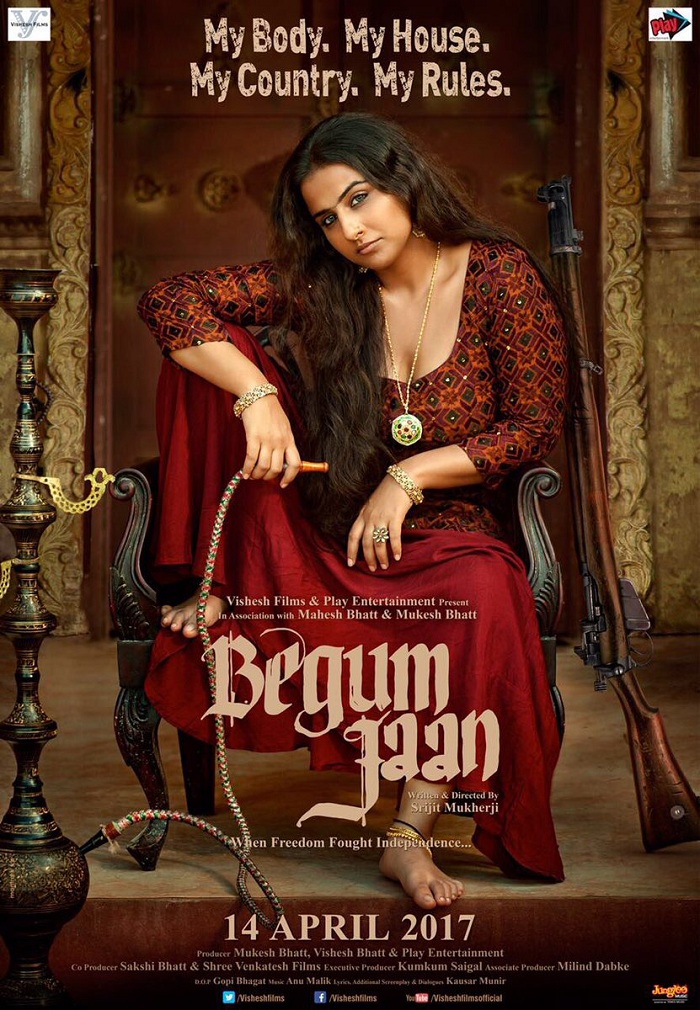