Director Anurag Basu (Life in a.. metro, Gangster) returns after Kites, an ambitious film that didn’t work due to it’s excess usage of Spanish. His latest, Barfi starring Ranbir Kapoor, Priyanka Chopra and Ileana D’Cruz, is a cheerfully unconventional film.

Story: The film is about Murphy (Ranbir), who is lovingly called Barfi. He falls in love at first sight with Shruthi (Ileana D’Cruz) and expresses his feelings, even though he cannot hear or speak. Shurthi is engaged to her college sweetheart, but soon shares a warm friendship with Barfi that slowly turns into love. Their cute love story is cut short, when Shruthi’s mother convinces her to marry the man she is engaged to, as Barfi is deaf and mute.

The film has a second love angle between Barfi and Jhilmil (Priyanka), who is autistic. While her parents find it difficult to handle her, she gets along well with Barfi. 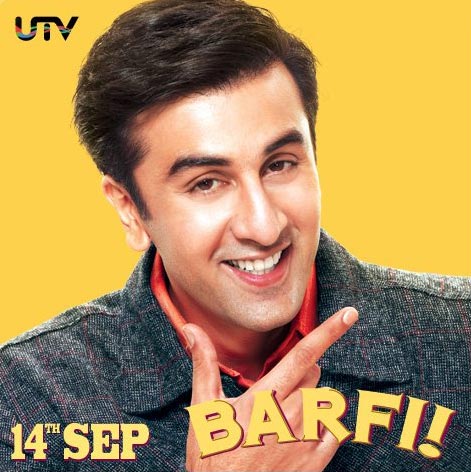 What works for Barfi

Audience reaction: During intermission, the film got a stand-ovation. Yes, the first half was that good. Towards the end of the film though, quite a few people were seen leaving even before the credits rolled.

Overall, Barfi has a fabulously entertaining first half, with standout performances by the lead stars. Do watch it, preferably in theatre.

Box office: Has opened to a fantastic response at multiplexes. With strong word-of-mouth, Barfi should put up some big numbers in the first week.