Apart from Aamir Khan’s PK, all other movie releases in December and January have failed at the box office. Arjun Kapoor’s Tevar looked promising, especially at mass centres, but the film sank without a trace.

All eyes are now on the biggest release of the month, Baby starring Akshay Kumar in the lead. The film generated huge buzz when the trailer released in the first week of December. It was touted as one of Akshay’s best trailers in recent times and since the Akki-Neeraj Pandey combination has already delivered great content (Special 26) in the past, expectations of a commercially successful film are high.

The industry is also slowly coming to the realise that only good content can bring audience to theatres at multiplexes in big cities. 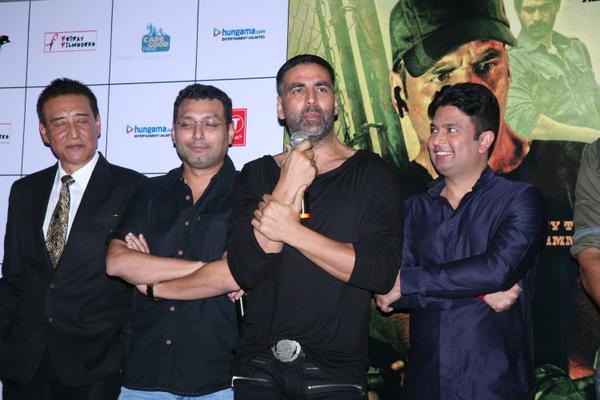 So how much does Baby need to collect at the domestic (India) box office to emerge a clean hit? Based on information gathered from reliable trade sources, below is our analysis on the business economics of Akshay Kumar’s Baby.

Note: All figures are estimates.

Total costs to recover from theatrical business – Rs 38 crore, which means the film has to collect around Rs 75 – 80 crore to break-even.

Based on the costs to be recovered, below is a general overview for the film to earn HIT or better status.

If the film does well in theatres, the producers may get a higher price from Satellite rights, thus generating additional revenue from other sources. Also, good content-driven films tend to perform well in the overseas markets too.

Economics-wise, Baby seems to be a safe bet at the box office as long as the content lives upto expectations. The buzz has died down a little in the last few weeks, probably because the makers released the theatrical trailer a little too early. But the film has an excellent release period (Monday is a holiday for Republic Day) and a 9 crore+ opening day would set it up quite nicely for an extended weekend.