Note: These are NOT the official Indicine Predictions for Baby. The below article has been contributed by indicine.com reader – Bobby Sidhu.

Here’s to a fresh new start on Indicine with my box office predictions for BABY!

Therefore, expectations are bound to be huge from BABY!

Observing the buzz of BABY has been interesting. The film had been trending on social media to the point where Akshay decided that he should give his fans a short little teaser of the film. After that, the theatrical trailer of the film released and was received very well by viewers. The trailer created the necessary impact needed to build buzz for the film. 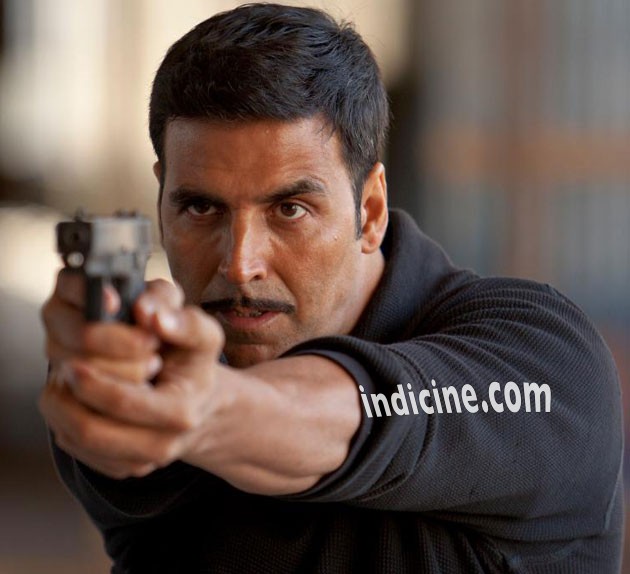 But alas! The buzz did not sustain. The film has been promoted at such a low-key level, with hardly any promos of the film even being visible after the theatrical trailer. As a matter of fact, such is the absence of promotions for BABY that many may not even know that the film is releasing this week! Note: everything mentioned in this article is based on the box office business of BABY in India only, not overseas.

Let’s get one thing straight: BABY is not the typical masala film. It is not the typical naach-gaana, masti film filled with hot heroines, loads of comedy, entertainment, and a macho hero sending hundreds of baddies flying with one punch.

What BABY is though, is a serious, issue-based film that seems to be high on one major element: content.

Sure, BABY won’t get any sort of record-breaking opening at the box office (it won’t even be as high as Akshay’s biggest opener ROWDY RATHORE which collected approx. 15 crores on its opening day). But what will work the most for BABY is it’s content. Judging from the positive response the theatrical trailer got and judging from director Neeraj Pandey’s capability to work wonders with the audience, I strongly feel that BABY will receive tremendous appreciation from the audience and will therefore emerge a box office success, although not a Blockbuster or anything of that sort.

BABY will crawl at the box office in the morning shows on Friday, but will start taking its baby steps throughout the day once the positive WOM (Word of Mouth) kicks in to help the film record a better opening day collection than what it may have seemed like after the morning shows. BABY will be targeting the opening day collection of Neeraj-Akshay’s last film SPECIAL 26, as that film also had no popular heroine and held similar appeal. The difference here though is that SPECIAL 26 had competition from another film that released the same day ABCD (which also did quite well at the box office). BABY does have competition from DOLLY KI DOLI, but that film is not likely to dent the box office collections of BABY, and therefore, BABY will likely have a higher opening day collection than SPECIAL 26. Most of the awareness for BABY has come through it’s trending on social media, and therefore the awareness for the film is likely to be more in the bigger cities of India, and hence the opening for the film will be better in the big cities (especially as the film is a multiplex film). The film has that grand scale to it that would make the multiplex audience want to buy their expensive tickets to see the grand scale of the film on screen. Akshay Kumar has a strong fanbase with masses too though (as everyone knows), so the film will get some audience in the smaller centers too, although lack of awareness and lack of typical Bollywood masala in the film could result in the opening not being up to the mark in the smaller centers.

The WOM (Word of Mouth) for the film, as I have already mentioned, will be very strong. Akshay Kumar himself seems confident in the film, and he has said that no one should move during the last 30 minutes of the film. I feel that the WOM for the film will be very strong amongst the multiplex audience. Despite not having the typical Bollywood masala, the single screen audience may be hesitant at first to watch the film, but those that will watch it will enjoy it and the WOM will spread to bring in even more audience to single screens. Akshay Kumar, action, dialogues, and the grand canvas should end up working well with the single screen audience. Also, keeping in mind that there is more of an anti-Pak vibe in India nowadays, any scenes in the film that are anti-Pak will actually be greeted with huge enthusiasm with the Indian public.

Many people will remember BABY as being one of Akshay Kumar’s best performances of his career. The theatrical trailer shows it. His body language, and even just that scene where, without saying a word, he keeps punching another man, show that Akshay Kumar is going to give a special performance in this film. It is too early to talk about awards as awards season for 2014 films is just starting up, but in a year from now when the awards season comes for 2015 films, I am sure that Akshay Kumar’s name will be there in the nominations for the Best Actor category for his performance in BABY.

The film also has supporting actors such as Anupam Kher (who was also in SPECIAL 26), Rana Daggubati, Danny Denzongpa, Kay Kay Menon, and others. Some or all of these actors will contribute to the appreciation that BABY gets with their performances.

My Box Office Predictions for BABY:

There have been films in the past that had a 8-9 crore opening day and then went to do 100+ crore lifetime collections (BARFI and BHAAG MILKHA BHAAG come to my mind). Both of these films reached the 100 crore mark due to audience appreciation for these films, and I feel the same thing will happen with BABY. It also has the advantage of the big holiday (Republic Day) on Monday, the fourth day of its release, which will further boost collections. Since 2012, all films released during Republic Day period have entered the 100 crore club (AGNEEPATH, RACE 2, JAI HO), and that is another reason why I feel that BABY will have lifetime collections of 100 crore or more.