In a little over 24 hours after its release, the theatrical trailer of ‘Baahubali 2: The Conclusion’ has crossed the 50 million views across four languages and has become the most viewed Indian film trailer – when the view counts on Youtube and Facebook are combined.

While the trailer itself has received a mixed response, the curiosity to watch the film will be at an all-time high when the film releases in theatres on April 28. 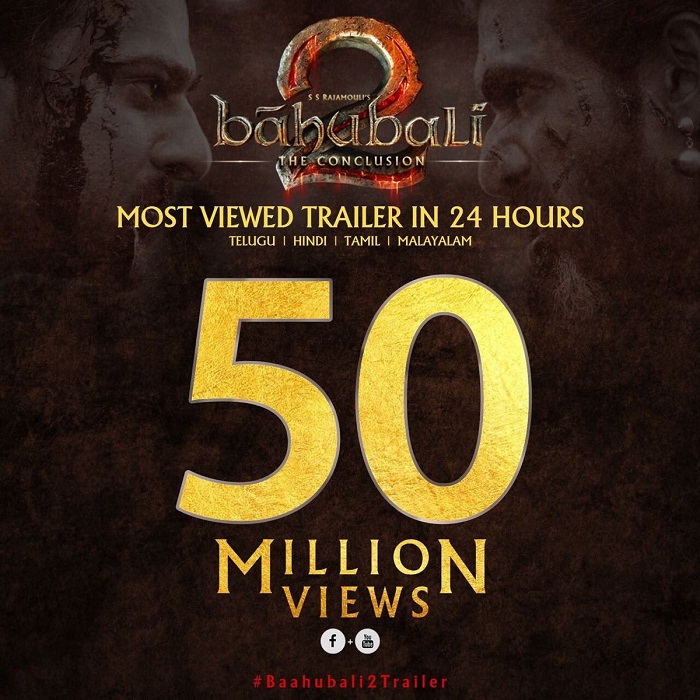