The logo poster of ‘Baahubali 2: The Conclusion’ is out. The makers have not only teased the audience with the logo, but also promised to release the first look poster of the film on October 22nd 2016.

The film releases in the theatres in April 2017. The shoot was recently wrapped up and the director of the film, S. S Rajamouli, and his team have begun post-production work.

‘Baahubali 2: The Conclusion’ is one of the most awaited films of 2017. It’s the sequel to the highest Telugu grosser of all time and also the higher dubbed Hindi film of all time.

Check out the logo poster and await the answer to ‘Why Kattapa killed Baahubali’ on April 28 2017. 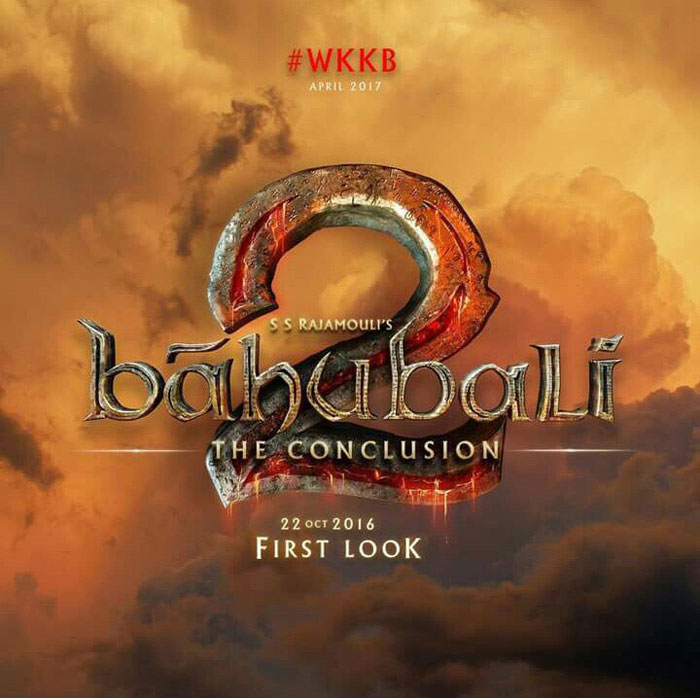