Arjun Kapoor will be playing a double role in ‘Mubarakan’. In the role where he plays a sardar, it looks like the actor will be romancing Athiya Shetty – who was launched by Salman Khan in the 2015 film ‘Hero’.

Arjun will be playing the role of Charan and Karan in the film. He has been paired opposite two leading ladies, Ileana D’Cruz and Athiya Shetty.

Arjun tweeted the picture (below) and said “Hello & satsriakaal from Charan & Binkle !! #Mubarakan”

However, the USP of Mubarakan will be the pairing of Arjun with his real-life uncle Anil Kapoor – who always delivers his best in Anees Bazmee films.

The film, which has been filmed in London, was wrapped up just before Arjun returned to India to promote his upcoming film ‘Half Girlfriend’.

A teaser of ‘Mubarakan’ is expected to be out this month end. The film releases in theatres on 28 July. It has two open weeks at the box office. 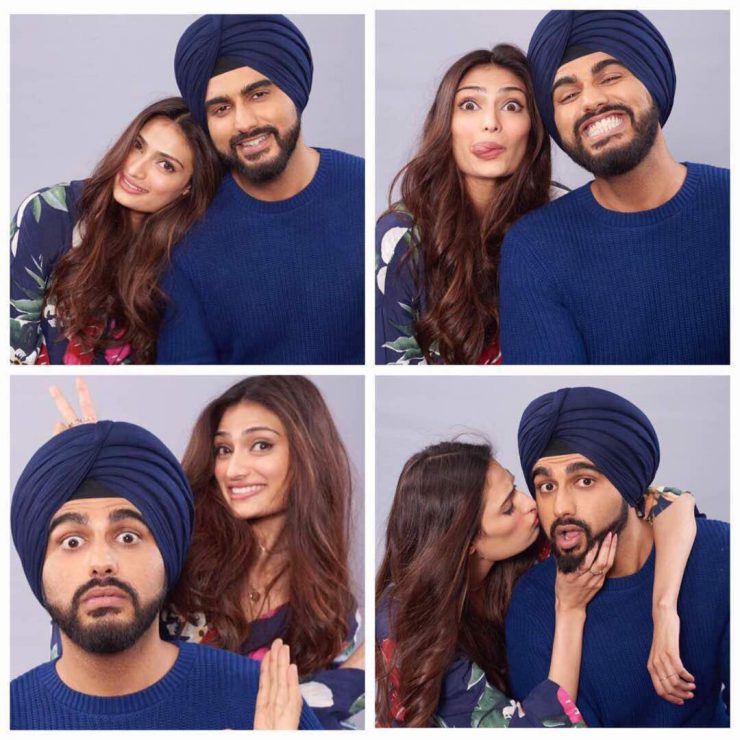