Amul pays tribute to one of India’s greatest filmmakers, Yash Chopra, who passed away on 21st October.

The advertisement has Chopra sitting under a tree, with the Amul girl who has a guitar in hand (reminds you of Katrina Kaif in one of the Jab Tak Hai Jaan stills?). Also notice the YRF logo on one of the books lying around. 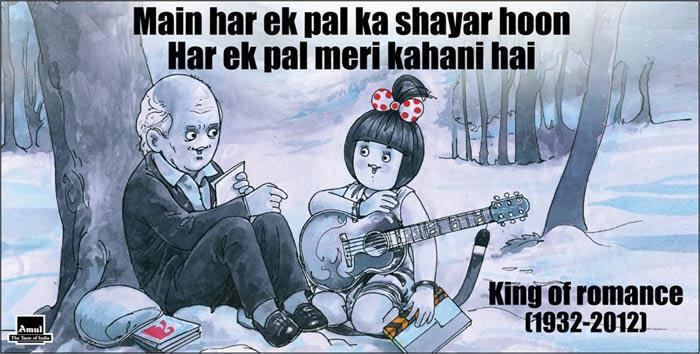