It’ll be one of the shortest roles you will ever see Amitabh Bachchan in. The Indian legend has a blink-and-you’ll-miss appearance in The Great Gatsby, where he plays the role of Meyer Wolfsheim.

Talking about the film on his blog, Bachchan said “It was a sheer delight to work with someone of such great genius as Baz Luhrmann and a host of co-stars that have astronomical presence in the world of cinema – Leonardo (DiCaprio) and Tobey (Maguire) and the other greats. The attention to detail, the amount of research and finesse on recreating the ‘times’ of NYC (New York City) in the those early years, was simply brilliant. I am certain that when you shall see the film, you will realize that you have indeed been transported to another decade of the early years with such authenticity that you begin to feel as though you were present there yourself. That really is the beauty of cinema and its technique.”

Bachchan also spoke about his experience of working with the Hollywood actors “The other factor of course is the dedication that all the crew and actors have towards the script the film and the production. Leonardo and Tobey would be more than willing to rehearse if you demanded it and would give each rehearsal the same deliverance as they would, were they to be asking for one themselves.”

The first trailer of The Great Gatsby, also featuring Amitabh Bachchan, will be released today. Meanwhile, have a look at a still from the film, where Amitabh Bachchan shares screen-space with Leonardo DiCaprio and Tobey Maguire (who played Spiderman) 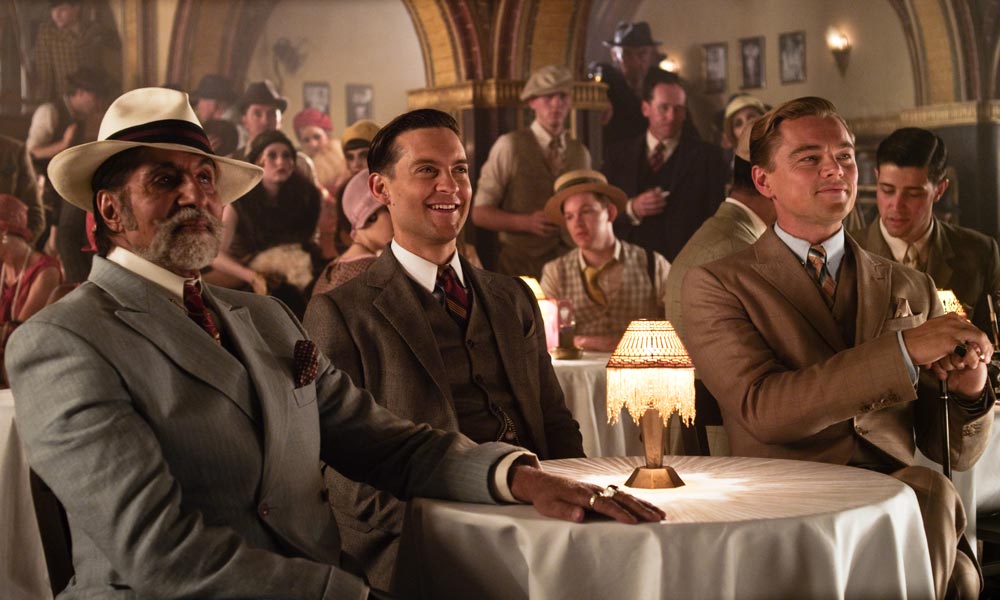