Farah Khan has released the first look of the alien in Joker and it looks a bit like a walking octopus.

The film is directed by Shirish Kunder, who last directed Jaan-e-mann, which was technically brilliant. It’s also considered by many to be a ‘good film’ that didn’t work at the box-office.

Joker is one of the few sci-fi films in Bollywood, with the presence of aliens, the last was Rakesh Roshan’s Koi Mil Gaya.

Tweeting the picture, Farah Khan said “There’s an Alien in my house !! 2 days for Joker trailer and the aliens have started visiting!” 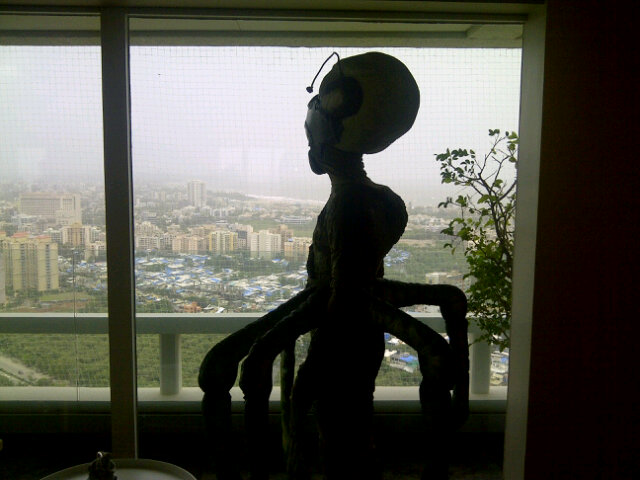