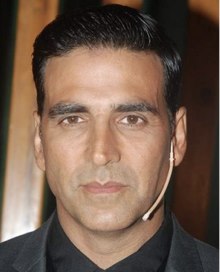 Actor-producer Akshay Kumar, who will be seen in A.R. Murugadoss’ next film ‘Holiday’, says the film is based on sleeper cells and he is excited about the project.

“I am doing ‘Holiday’ with Murugadoss. I would like to do all kinds of films like ‘Special 26’ and ‘OMG: Oh My God!’. It’s just that whatever you like, you go ahead and do it,” he said.

“My next film ‘Holiday’ is based on something very different…I am so excited about this film, but I can’t open up right now. It’s about sleeper cells which you guys have never heard of,” Akshay told reporters here in a group interview.

Holiday, which also stars Sonakshi Sinha, is a remake of 2012 Tamil hit Thuppakki which featured Vijay and Kajal Aggarwal.

Akshay says he wants to do more of character-driven roles.

“I would love to do character-driven role, but people are more focused on commercial cinema. These kind of films don’t come quickly. But such roles have to come to me. I am looking forward to it,” said the Housefull star, who is currently busy promoting his film Boss directed by Anthony D’Souza.